Sean McLoughlin is an attacking comedian, by which I don’t mean he attacks the audience – though he does engage with audience members to some extent, and sort of cod-insults them. 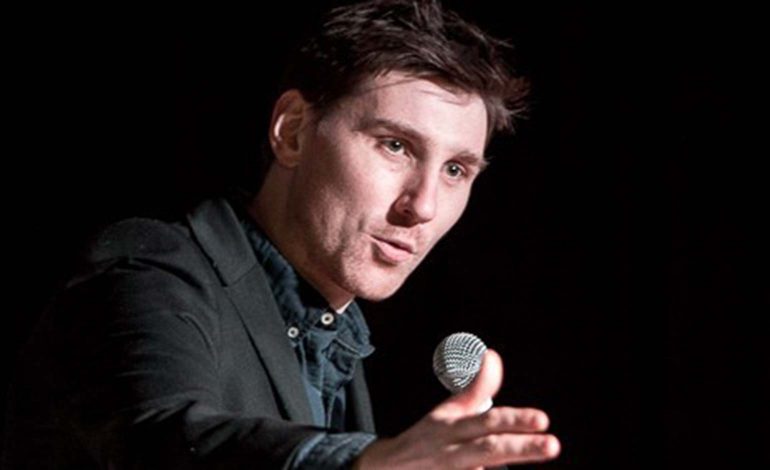 But it’s not actually hurtful or humiliating and is unfailingly funny. What he does attack, loudly, is all sorts of political, philosophical, social and even religious issues; with plenty of hand-waving, pointing, and striding up and down the while.

At first this is a bit aback-taking, but once you’ve got used to the style (about three minutes), you start to see how clever he is.

And it gets cleverer as the set progresses, with all sorts of intellectual gymnastics going on; though not in any pedantically academic way. He pulls off in spades the difficult trick of being deadly serious and dead funny at one and the same time.

There’s no false modesty here; he vocally demands a five-star review at one point (You don’t get one just for demanding one, Sean!), and he’s never less than absolute about what he says.

But there is a meticulous structure to what at first glance seems a rough-and-ready rant of a set.

His taking apart of the career of Mark Zuckerberg and why Google is more dangerous than Facebook; and the allegorical relation of this to religion, is unutterably brilliant – and you do in the end find out the intensely incisive reason why the show is called Hail Mary.

Sean McLoughlin performed at the Rondo Theatre in Bath on Thursday 11th April 2019.