Archaeologists have begun re-excavating a hidden Roman bath at the Roman Baths in Bath, which was first discovered 130 years ago and then quickly backfilled. 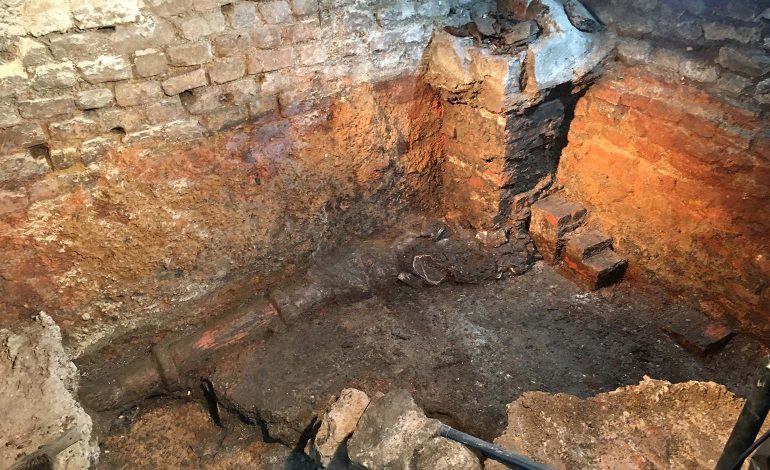 When the bath was originally discovered, only very simple recording took place, so no-one really knows what it looks like.

Measuring 4 metres x 5 metres, it is one of eight baths known at the Roman Baths site and is beneath York Street, next to the main suite of baths.

Stephen Clews, Manager of the Roman Baths, said: “The excavation of this bath is part of the most significant archaeological investigations to have taken place at the Roman Baths for more than 30 years.

“It is helping us to build a picture of what was happening on the south side of the site, where it has been very difficult to gain access in the past.”

The excavation of the bath is part of a wider programme of investigation taking place as part of the National Lottery funded Archway Project, which is creating a new Clore Learning Centre for the Roman Baths and a World Heritage Centre for the city.

The position of the bath means that it cannot be seen by visitors on a normal visit to the Roman Baths, but the public will be able to follow the story through the Roman Baths’ social media.

You can see a 3D interactive model showing the result of an initial investigation of a corner of the bath in 2018 here.

The excavation is being carried out for the Roman Baths by Cotswold Archaeology.