In this short hour, Alan Francis and Barney Power rattle through a surprising number of sketches, with no pause between, and no costume changes. 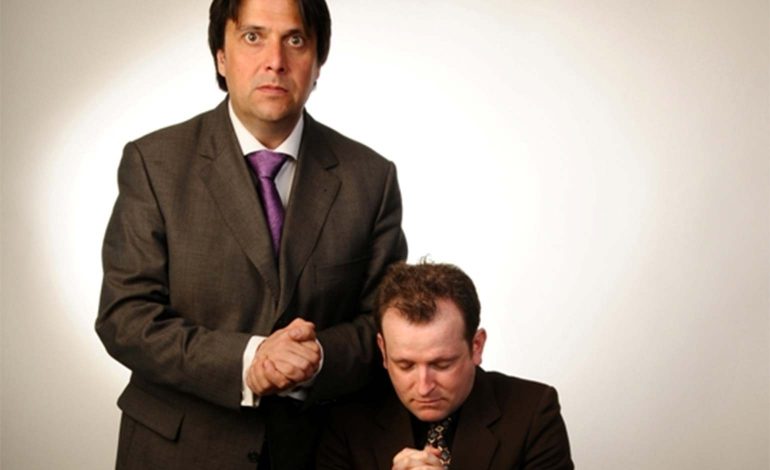 They aren’t particularly deep, nor very dark. But they are intensely hilarious.

The situations are quite promising in themselves; but the real skill here is in the determination of these two consummate actors to push the comic possibilities of each scenario to the limit, and then go beyond it.

There is no area of depravity and embarrassment that they shy away from; I think the posh word is ‘scatalogical’.

But none of this is prurient, or sniggering; it’s a sort of digging beneath polite facades to fantasise what extraordinarily impolite secret feelings may lie underneath, and it is totally successful.