If there was an award for best set at The Rondo this show would probably romp home (rivalled only by a Get Carter’s row of adaptable urinals perhaps, but that was ages ago). 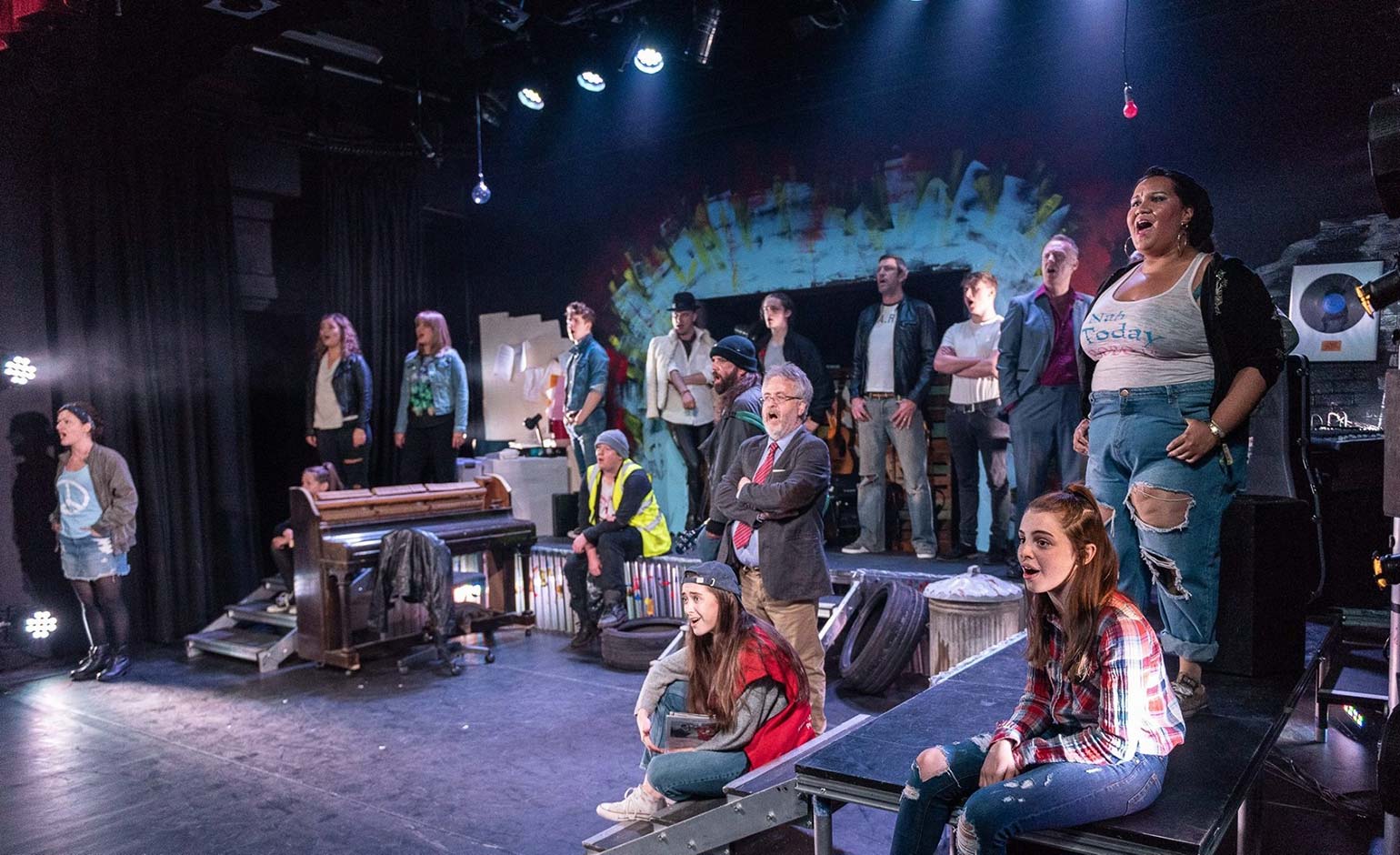 Ditto for lighting too, quite exceptional.

It’s a tale of young Donnie and her brother Zac, both with musical talent but how far will it take them on their different paths?

There are plenty of twists, turns, drugs, sex, violence and music on their journey through the seamy side, never quite going where you’d expect.

There’s a huge enthusiastic cast too, and somehow it’s all packed onto the Rondo stage as we follow this gallop through the plot which almost hangs together.

Perhaps one of the most convincing characters is Boy George lookalike, Captain, a suitably menacing but camp turn by Ryan Hughes.

Busk by Dan Lashbrook was a Music is Life Productions production, directed by Petra Schofield at The Rondo Theatre.