Ten years on from the discovery of Melanie Hall’s remains in undergrowth off a motorway slip road, police are issuing new information to help find the person or people responsible for her murder. 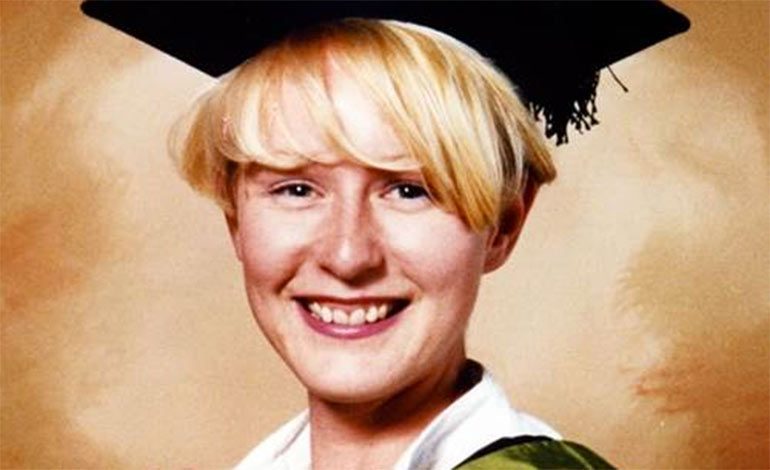 Melanie, who was a 25-year-old clerical worker at the Royal United Hospital in Bath, was last seen at 1.10am on Sunday 9th June 1996, sitting on a stool at the edge of the dancefloor in Cadillacs nightclub, now Walcot House, in Walcot Street, Bath, following a night out with friends.

This is the last confirmed sighting of Melanie alive. Her remains were found next to the junction 14 northbound slip road of the M5 near Thornbury by a workman on 5th October 2009. 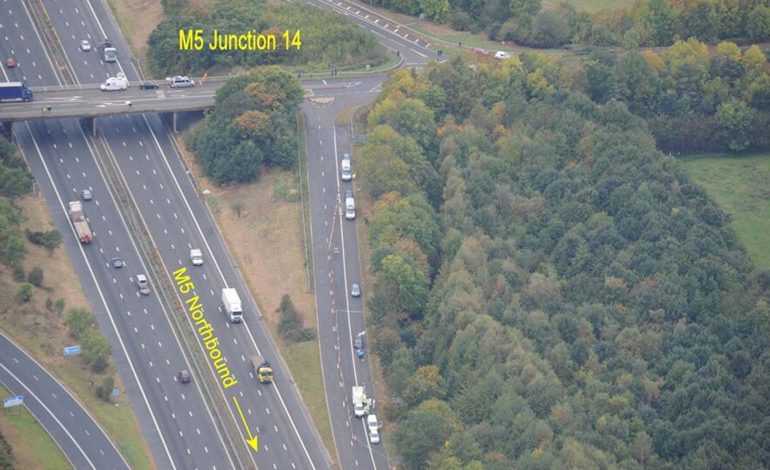 Two rewards remain in place for information leading to the arrest and conviction of the person or people responsible for Melanie’s murder.

Senior Investigating Officer Det Chief Insp James Riccio, of the Major Crime Investigation Team, said: “As part of a nationwide appeal issued on the 20th anniversary of her disappearance, we confirmed we’d recovered DNA on an item found at the site where Melanie’s body was found.

“Today, we’re confirming the DNA traces were found on a length of blue polypropylene rope which was wrapped around thin black bin liners which had contained her body. 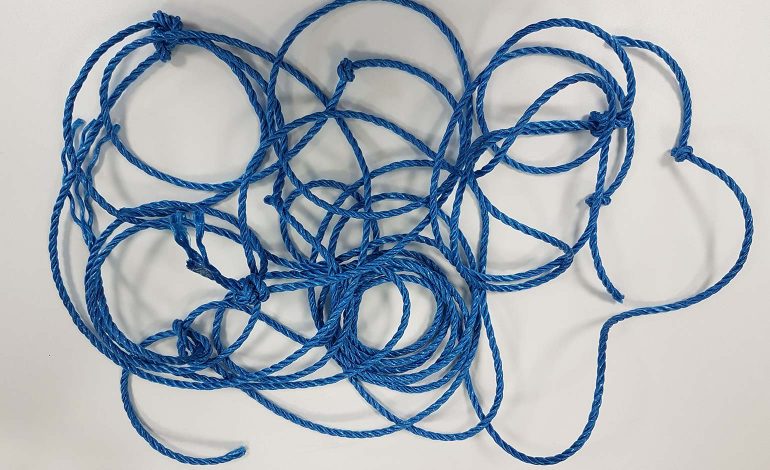 “We recovered a 13-metre length of 4mm rope from the scene, made up from four separate lengths knotted together. In addition to the three knots joining the ropes, there were four other knots on the rope – a total of seven knots.

Do you know someone who was in possession of blue polypropylene rope which went missing in the summer of 1996? It’s possible their behaviour or demeanour may have changed since this date.

Did you have this type of rope which inexplicably went missing in the summer of 1996?

Det Chief Insp James Riccio continued: “We believe the choice of deposition site is key. Whoever left Melanie’s body in the undergrowth off the northbound slip road of junction 14 of the M5 would have done so in haste.

“It would have happened on the morning of 9th June, 1996, or within a few days of this date. 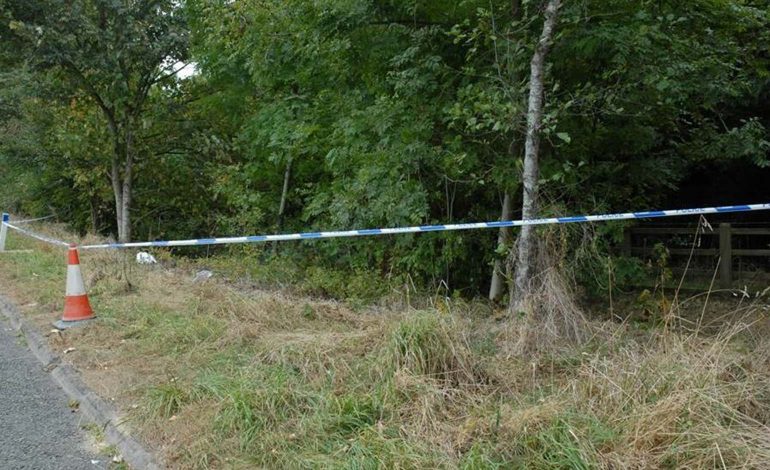 “It’s likely this person would have then driven onto the northbound M5 and either onto the next junction, or they may have turned off at the Michaelwood Services, where they could have used the local road network, including a slip road behind the services, to head back in a southerly direction.

“We believe it’s highly likely the person who left Melanie’s body at this location was familiar with this area.

“The person who deposited the body may not be the person who killed Melanie. If this is the case, I’m directly appealing to this person to come forward and provide us with information for the sake of Melanie’s family.

“You’ve been living with a dark secret for years but your guilt and fear is nothing compared to the enduring pain felt by Melanie’s family.

“I want to be clear – our primary focus is on identifying the person or persons who killed Melanie.

“A small or seemingly insignificant piece of information could be the key to solving this case. Please read our appeal points relating to the rope and the key dates and locations which feature in this case and call our investigation team if you can help.

“You may feel able to speak to us now when you couldn’t before.”

Melanie’s father Steve Hall has released a statement detailing the impact the murder has had on their lives.

In it, he says: “It is now over 23 years since our youngest daughter, Melanie, was murdered, probably on the streets of Bath. Since that time the Avon and Somerset Police have poured endless resources in their attempt to find her killer.

“Sadly, as yet, this objective remains unfulfilled, although I and my family remain eternally optimistic that, eventually they will be successful.

“In our family we will forever grieve for, and miss our lovely daughter. A young woman whose life stretched before her until that fateful night in June 1996, when that life was so cruelly snatched from her.

“She will never fulfil her life’s ambitions, never marry, never have children and my wife and I will never have another grandchild.

“Her mother’s lasting memory of her youngest daughter is the day she viewed a battered skull and a few broken bones in the coroner’s office at Portishead.

“We have little hope that Melanie’s murderer will ever be caught as a result of information from a member of the public. The lives of the person responsible and those others who know what happened that night are governed by a totally different set of rules and moral responsibilities from the rest of us.

“We are sure that, after all these years they will happily take their awful secret to the grave as we will do the same with our grief.

“I take stock. A daughter who is dead, a wife who just stares at the wall, a sister who struggles to get her day together, a one hundred year old grandmother who sits in a home with soft memories and a father who puts it in all a box and tries to shut the lid – so we all carry on.

“For the sake of all those in the Avon and Somerset Police, I hope they are successful in bringing someone to justice, for they have really put up a maximum effort to find Melanie’s killer.

“Unfortunately, should they be successful, this will not bring closure, as only the return of Melanie alive will achieve that, and that is gone forever.”

Can you help Avon and Somerset Police with their ongoing enquiry?

Did you own a length, or lengths, of blue polypropylene rope which went missing around June 1996, or do you know someone who possessed rope of this kind, whose behaviour or demeanour may have changed since the summer of 1996?

Were you involved in the aftermath of this crime in any way? Maybe you assisted with the deposition of Melanie’s body but were not involved in the murder. Officers want to hear from you now.

Did you see Melanie after 1.10am on Sunday 9th June? Did you see her leave the Cadillacs nightclub, or go elsewhere within the nightclub other than sitting by the dancefloor, or see who she was with, at any time after this?

Were you in Cadillacs nightclub that night? It was the evening where England drew 1-1 with Switzerland in the opening game of the football Euro 96 Championships. If you were there and haven’t spoken to police, please call them.

Did you see any suspicious activity or a vehicle parked on the northbound J14 slip road of the M5 at Thornbury in the early hours of Sunday 9th June 1996 or the days immediately afterwards?

Are you concerned about the change in behaviour of a friend or relative, or anyone showing a particular interest in this inquiry?

Do you have information on where Melanie’s clothing or belongings may be? They’ve never been found. They include a pale blue silk dress with a round neck, black suede mule shoes with straps across the front and an open toe, size 5 or 6, a cream single-breasted, long-sleeved jacket and a black satchel-type handbag. 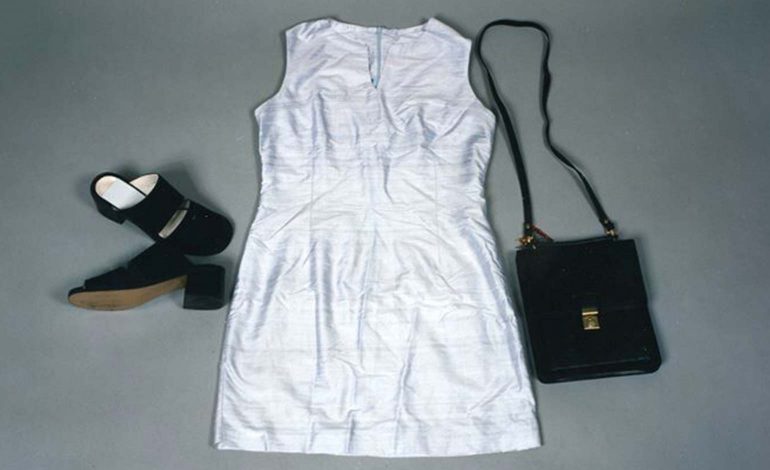 Melanie’s clothes have never been found – do you know where they are? | Image via Avon & Somerset Police

In Melanie’s handbag were cosmetics and a Midland cheque book and bank card. Also missing are items of jewellery including a Next watch with expanding bracelet and silver drop earrings. Where are these items? Have you ever seen them?

You can call the Operation Denmark Incident Room on 01278 648934 or give information online through the Major Incident Public Portal here https://mipp.police.uk/operation/5201020103A06-PO1.

Alternatively you can 101 and ask for the Operation Denmark team.

Melanie’s parents have reinstated a £50,000 reward for information provided to the police which leads to the arrest and conviction of the person or people responsible for Melanie’s murder.

The independent charity Crimestoppers is also reinstating a reward of up to £10,000 for information leading to the arrest and conviction of the person or persons responsible for the murder of Melanie Hall.

You will only qualify for this reward if the information is passed to Crimestoppers direct.

The charity can be contacted on 0800 555 111. Information can be provided anonymously and they cannot trace your call. For more information, visit www.crimestoppers-uk.org.

Throughout the investigation, Avon and Somerset Police have received 1,751 calls from the public about the case, completed 5,857 tasks/investigative actions and taken 1,668 statements. There have been 11 arrests, but no one has ever been charged.