The Play That Goes Wrong is the Christmas show for the Theatre Royal Bath this year. 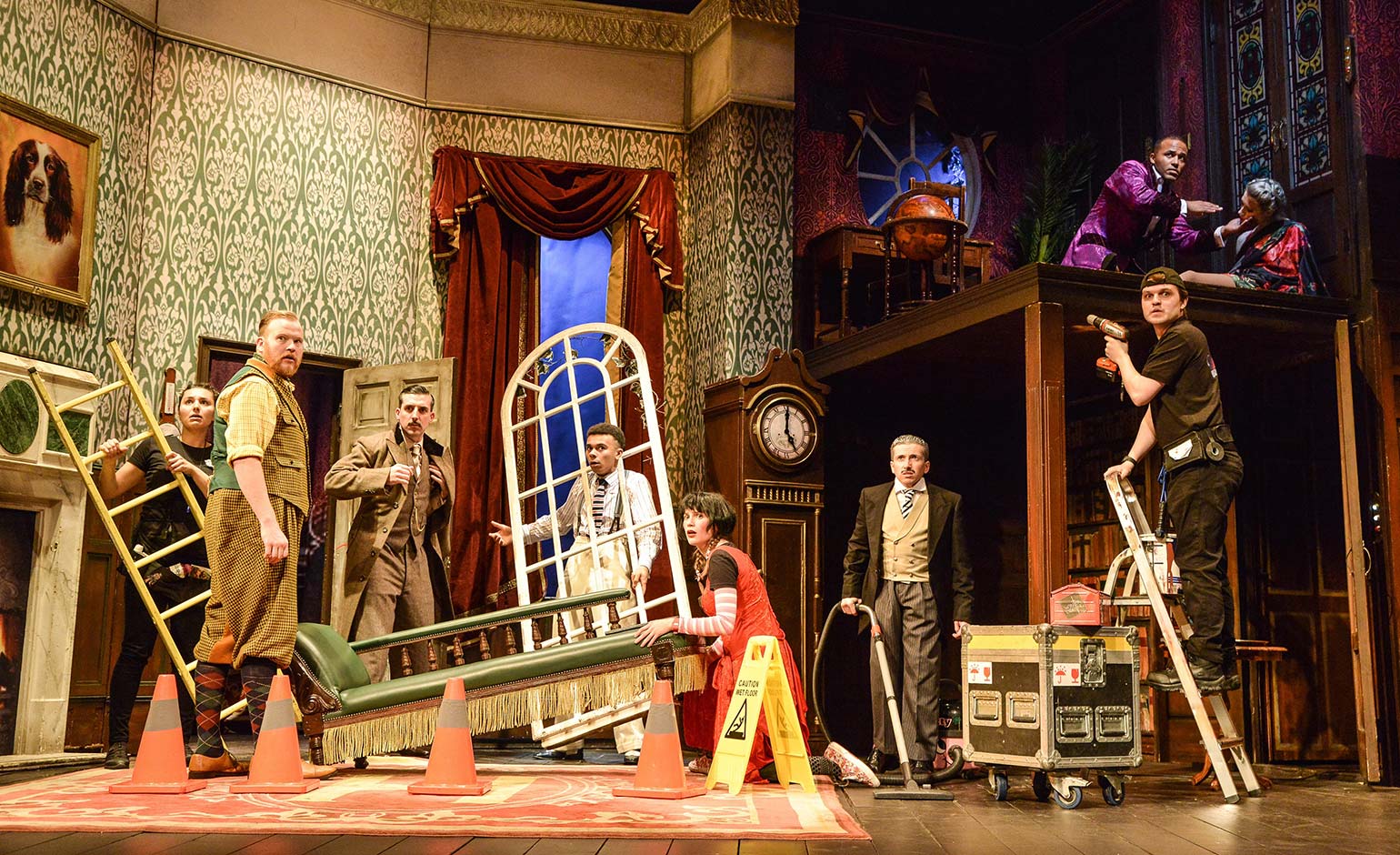 Drama is never far away with this show and just last week The Play That Goes Wrong in Bath faced its own potential disaster when following a positive COVID test the touring company were unable to perform and forced into isolation; however, the West End cast arrived and saved the day allowing performances to continue for the festive season.

The Play that Goes Wrong features the (fictional) Cornley Polytechnic Drama Society who is staging a 1920s murder mystery.

Nothing goes right and as the company bravely battle on, things go from bad to worse and the final image of the play is one that will always be remembered.

The cast rise to the occasion with excellent routines of stage combat, prat falls and general madness. Milo Clarke (Max) is great fun alongside the excellent Ciara Morris (Annie,) Michael Keane (Dennis) and David Kirkbride (Robert) whilst Ellie Morris (Sandra) is the nightmare stereotypical irritant of many an amateur theatre company. Blayar Benn (Trevor), Elan James (Jonathan) and Tom Bulpett as the exhausted and broken Director, Chris are all in fine form.

There are times when the pace drops and the pauses feel over played; however, it remains a production of technical brilliance. The staging by Nigel Hook is as impressive and show stealing as ever and the vital importance of the Theatre Royal Bath being open in such a difficult climate is something that should be celebrated and never taken for granted.
_ _ _ _ _ _ _ _ _ _ _ _

The Play That Goes Wrong is presented by Mischief Theatre.

It is showing at the Theatre Royal in Bath until Saturday 16th January 2021.