Plans to redevelop Bath’s “unfit for purpose” recycling centre to build 176 flats have been given the go-ahead. 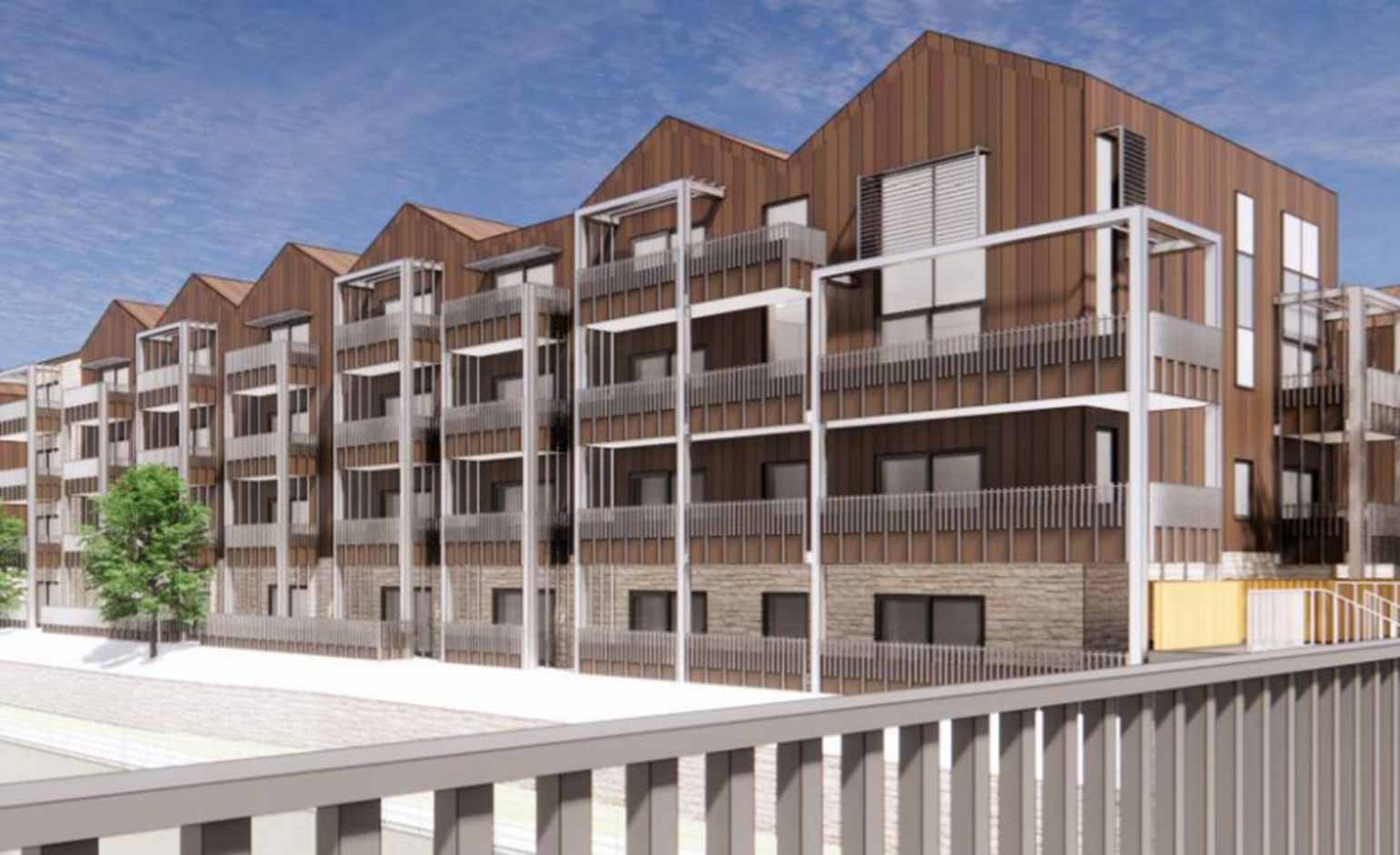 The Midland Road site is set to close, with the public-facing facilities moving to one or more sites in the city and the back-office functions relocating to a purpose-built centre in Keynsham.

The move will release the land for “much-needed” housing in a project led by Bath and North East Somerset Council’s development company, Aequus.

Representing the developer, Chris Beaver told the authority’s planning committee on 16th December: “Development of the site will allow the relocation of the commercial waste depot to a bespoke new facility in Keynsham.

“The site is contaminated and there are significant costs involved. These will be met in part by a Homes England grant.

“The scheme has been designed to deliver affordable housing via the council’s housing company, Aequus Construction. The final quantum will be dependent on grant funding.

“The proposal also meets the need for smaller open market homes and will make a valuable contribution towards housing supply in Bath.”

The site sits within the 2,281-home Western Riverside masterplan, which was approved in 2010.

Detailed plans for the Midland Road site said: “Should planning permission be granted, the construction of the proposed residential development will begin once the site is vacated.

“Aequus’s objective is to deliver a high quality, high density development which will deliver a housing mix of predominantly smaller open market dwellings, typically of one and two bedrooms, with a view to meeting the identified demand for more affordable homes for the city’s economically active population.”

The plans said a quarter of the homes would be affordable. The development will create eight buildings standing up to five storeys high.

Councillor Lucy Hodge called for a site visit. She said: “The context of four or five storeys doesn’t represent what this area looks like. There are listed Ashlar workers cottages, there are lots of terraced houses – opposite them would be an industrial look, brick buildings just off the road.

“The design fails to enforce local distinctiveness and would be harmful to views across the World Heritage Site and conservation area. The pictures are misleading.” Her motion fell.

Proposing approval, Cllr Sally Davis said: “I do think it will improve the area there. I think it reflects what was there at one time.”

Cllr Shaun Hughes said: “It’s harking back to our industrial heritage as if it’s a good thing. I like the scheme but the view from the river, metal cladding, is there nothing they can do to be more imaginative?”

Members voted to approve the application.