Richard O’Brien’s Rocky Horror Show never fails to get an audience on its feet and time warping with reckless abandon. This production is no different. 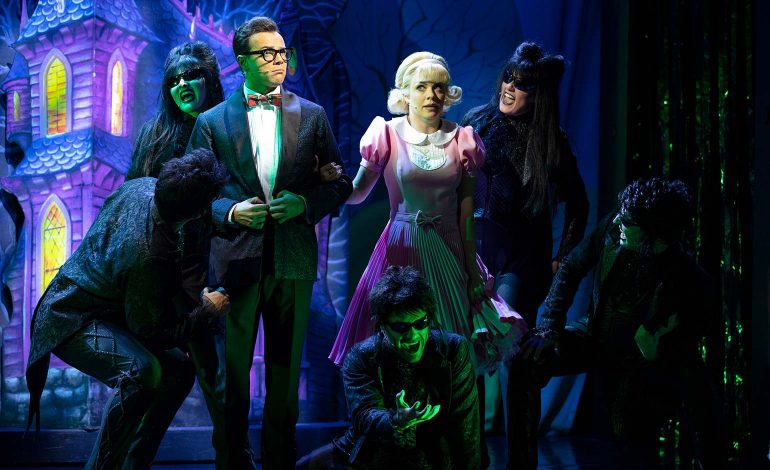 Whilst the trimmed down company may make the big numbers look a little lonely; the choreography, band and tireless cast wring every ounce of energy, innuendo and humour from this crazy show.

Steve Punt (narrator) leads with flair, ensuring there is an answer to every heckle and creating an excellent rapport from the start.

The plot of an engaged couple ending up at a castle run by a transsexual Frank N Furter and the resulting set of circumstances is never one to be over-analysed, but following the huge success of the classic film, there is a firm following for this cult classic.

Stephen Webb is a fabulous Frank N Furter, accompanied by Kristian Lavercombe as Riff Raff and Laura Harrison as Magenta. 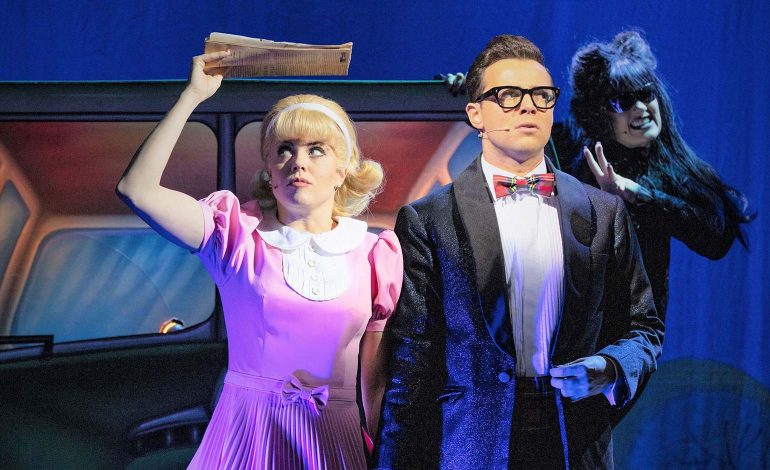 Callum Evans is a hugely accomplished Rocky, with body and acrobatic skills to match.

The vocals across the company are strong and the band are under the firm control of George Carter.

The whole show is lifted into pop concert visuals with a stunning lighting design by Nick Richings; the simple set (Hugh Durrant) allowing fluid transitions to keep the pace rolling.

This is an eternal favourite for so many and no doubt brings in an audience that may not attend the theatre as often as others.

The Rocky Horror Show, by Richard O’Brien and directed by Christopher Luscombe, is showing at the Theatre Royal in Bath until Saturday 11th May 2019.