Let’s be clear, the New Acts are not just a bunch of local people who told a few jokes to their mates in the pub and thought they’d give stand-up a go. 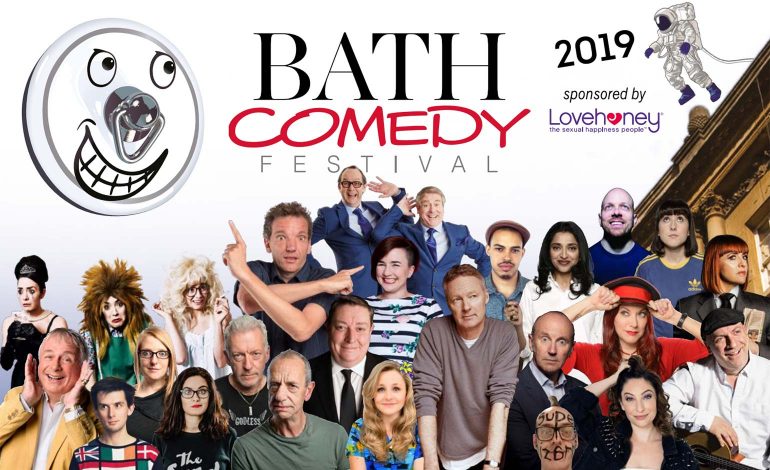 These aren’t first-timers; but they are acts that are new to Bath Comedy Festival. These are professionals. They come from all over. Maybe New-ish Acts would be more accurate. Anyway.

This proves to be a truly fascinating evening of incredibly varied approaches to doing comedy, all introduced, as always, by the garrulous Geoff Whiting with his usual amiable audience baiting.

This year, for once, no-one is in any doubt who the winner will be, from the moment he finishes his act.

Blind comic David Eagle storms it with an utterly brilliant set in which he exploits every comic advantage that his blindness gives, with uproarious gags that take in Australian brashness, Brexit, and sex toys along the way; some of it clearly improvised on the night, but all of it constantly hilarious, gag on gag, leaving an audience gasping in admiration, and applause that goes on for minutes.

You’ll be seeing him on Live at the Apollo before long, guaranteed. Though he won’t be seeing you, of course.

Second is Martin Durchov a Bulgarian who exploits his nationality to make lots of wicked gags sending up British stereotyping of it, and throwing in some witty stuff about hairy arms (you had to be there) and British politics as well.

Other acts of note include Fran Kissling whose highly original take on spoofing being Swiss is a sort of anti-comedy, in which the joke is that the Swiss don’t understand jokes. Very clever and very funny.

Will Hall is very engaging about his encounters with posh people at boarding school, and whether that might have anything to do with his being gay, cleverly coming out about that mid-set.

The Extra Virgins is a double act of Alex Prescot and Michael Cummings in which they run about and do very silly, and I mean very silly, things very fast and furiously, with perfectly co-ordinated timing and great rapport between them.