This is an excellent production of Ayckbourn’s social comedy. Produced by London Classic Theatre and directed by Michael Cabot, this gloriously brutal examination of social climbing and the inability to actually listen to those around you is pitch-perfect. 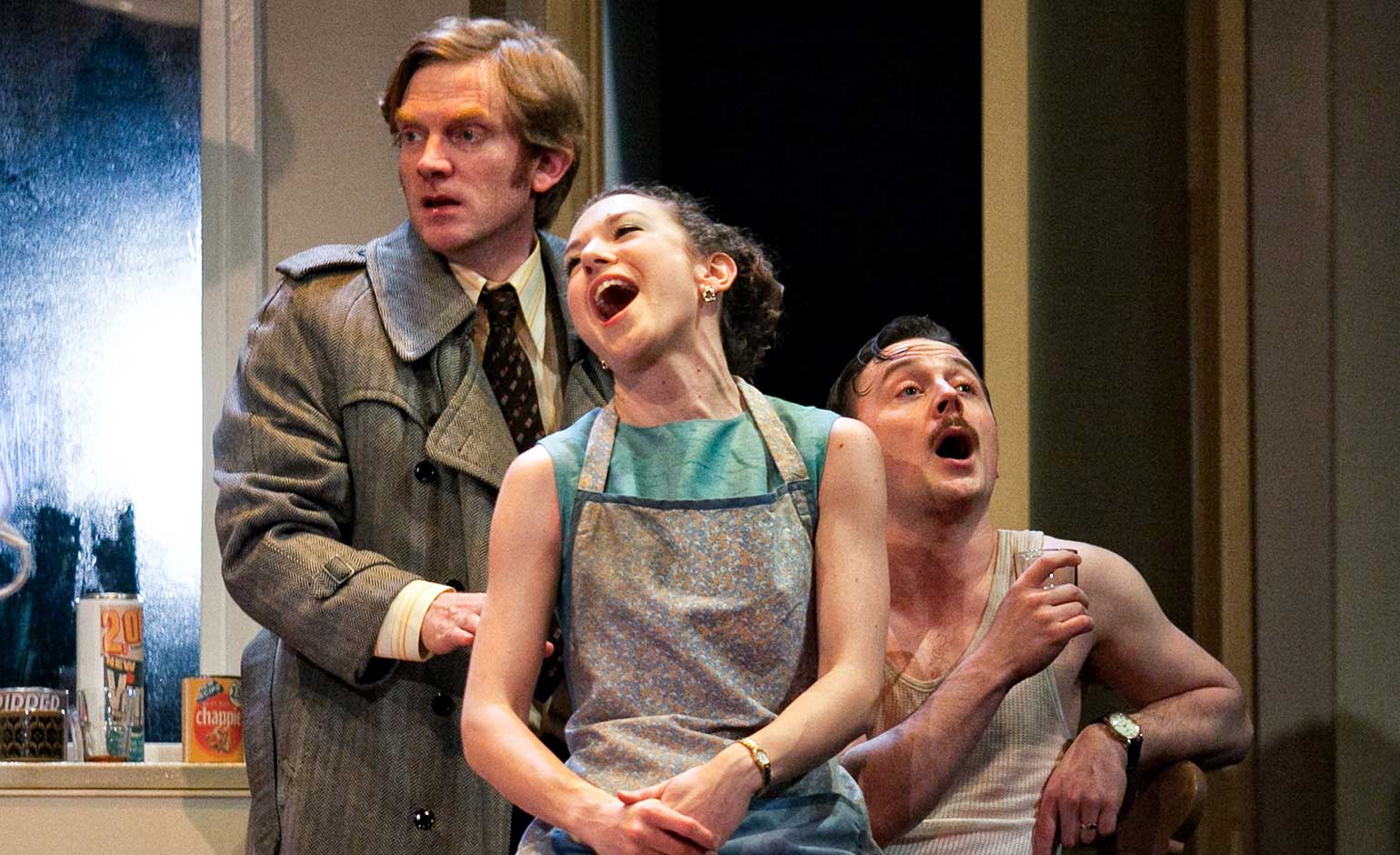 In this dark comedy; Sidney Hopcroft, a small-time tradesman, persuades wife Jane to throw a Christmas party hoping to find favour with a bank manager and local architect.

As the celebrations get underway, ambitions clash and everyone finds a little bit of refuge in the kitchen.

Over the next two years, the Jacksons and Brewster-Wrights take turns to host festivities. But Sidney’s star has begun to rise, the others begin to fail and inevitable cracks begin to show.

The cast is on fine form: Helen Keeley (Eva Jackson) holds a fine tragic line in Act 2 re-emerging with focus and strength in Act 3.

Rosanna Miles (Marion Brewster-Wright) is highly entertaining throughout whilst Felicity Houlbrooke (Jane Hopcroft) is a great foil to her equally irritating but successful husband Sidney, played by Paul Sandys.

Graham O’Mara (Ronald Brewster- Wright) strikes a stoic and almost tragic downfall by Act 3. Whilst John Dorney (Geoffrey Jackson) finds his status as an architect fail to the point of relative poverty.

There is tragedy within the darkness as each fail to read the despair in others; the pace is well handled which ensures that the bittersweet balance of the rise and fall of these characters is balanced.

The design is a glorious nod to the era (Simon Scullion) with costumes to match (Kate Lyons). The choreographed move from Act 2 to Act 3 reflecting a wonderful nod to breaking the fourth wall and the versatility of an excellent design.
_ _ _ _ _ _ _ _ _ _ _ _

Absurd Person Singular is showing at the Theatre Royal in Bath until Saturday 4th September 2021.