The Transport Secretary is being urged to stop council leaders installing a ring of steel around Bath to “further their anti-motoring agenda”. 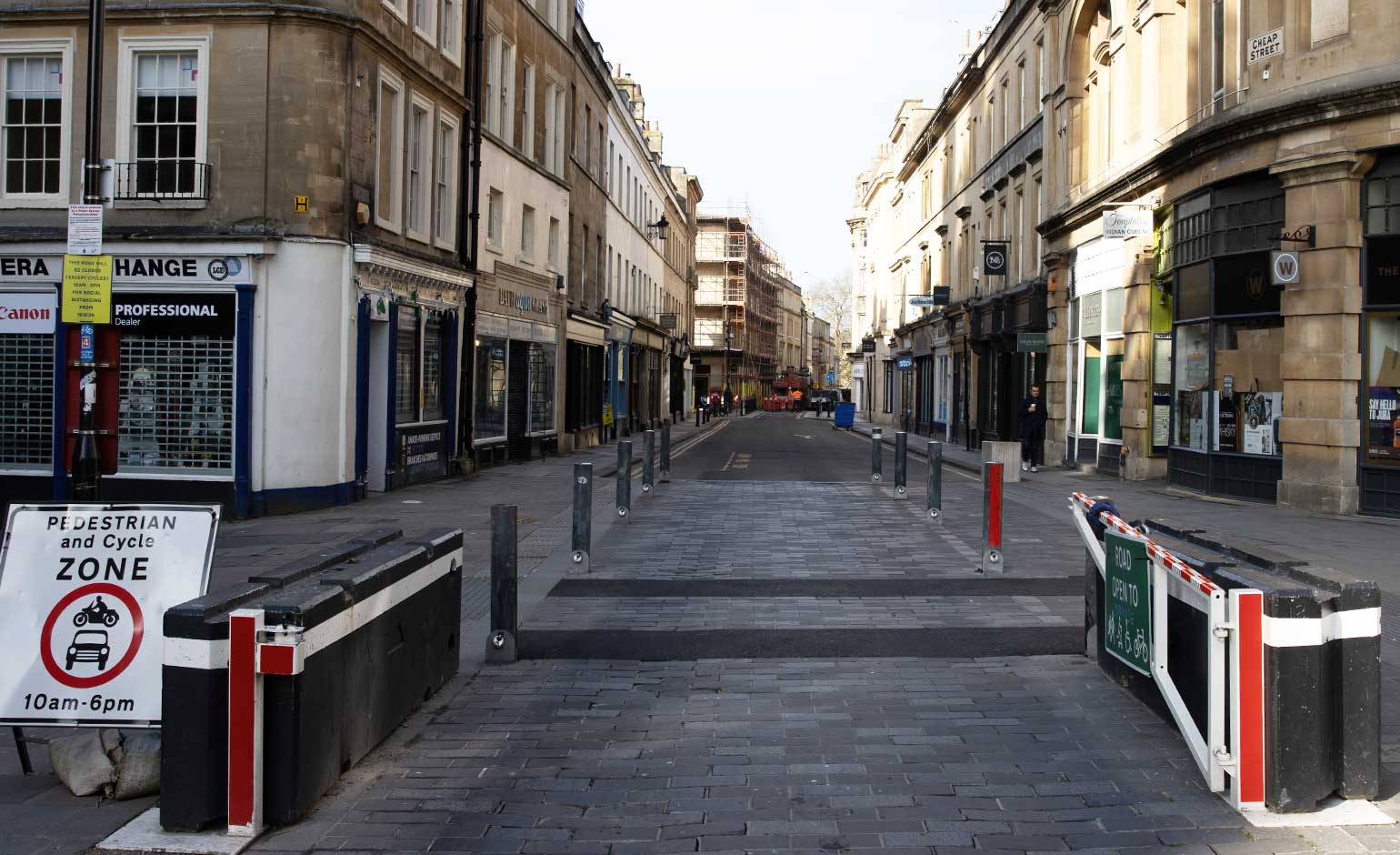 Conservative group leader Vic Pritchard said £2.7million worth of security measures approved in July would not prevent a terror attack but would lock disabled people out of the city centre.

Accessibility consultants Atkins previously warned that removing all parking would mean some disabled people “having to endure pain for longer and at higher levels” than some would be able to endure.

Following changes backed by Avon and Somerset Police, core streets around the Abbey will be open to traffic between 6pm and 10am daily, with York Street not reopening until 10pm to allow for the heavier anticipated footfall going to the Clore Centre when it opens.

Cllr Pritchard said: “The ring of steel proposals are unfair and unnecessary and we are seeking help from the Government to try to get this administration to see sense and ditch these controversial plans.

“The Liberal Democrats are using the threat of terrorism to further their anti-motoring agenda and further demonise drivers.

“These proposals will not actually prevent terror attacks from taking place and will simply marginalise members of our community who are not able to move around easily.”

Cllr Pritchard said the policy went against the spirit of the Equalities Act and warned it would give the council the right to rescind all access for blue badge holders if the national terror threat level is “severe” – as it was last Christmas before it was reduced to “substantial” in February.

He said that after the economic impact of the Covid-19 pandemic, the council should be championing Bath, not “walling it off” to residents and visitors.

Council leader Kevin Guy said: “This is a police request and the council has to implement said request and we are doing that through the widest public consultation possible, however the police are right in saying that public safety is at the heart of these safety measures and it’s the job of the council to help the police implement them.”

Councillor Manda Rigby, cabinet member for transport, said: “We have listened very carefully to residents, businesses and blue badge holders and worked hard to ensure these are proportionate preventative measures.

“The measures balance public protection with a vibrant and accessible city centre and are not designed to ‘lock people out’.

“Taking all proportionate measures to protect all those who live, work and visit our city is one of the council’s top priorities.

“Temporary security measures have been in place since 2016 in response to intelligence that said, although there was no immediate threat, Bath was a potential target given its large footfall, international prominence, and historic assets.

“Through consultation we have responded to feedback on the initial proposals for vehicle restrictions to be in place 24 hours a day and listened to views that said this was too restrictive.

“We carried out an independent accessibility study and asked people to comment on it. Following welcome feedback we consulted with Avon & Somerset Police and the force’s counter-terrorism security advisers to amend our proposals but without compromising security.

“Cabinet made its decision on July 20 and people now have another opportunity to comment when the traffic regulation orders (TROs) are published later this month.

“We will continue to work with representatives of all groups to ensure we ensure we deliver against the competing aims of security and access to the best of our ability.

“Controlled authorised access for blue badge holders and taxis transporting blue badge holders will be permitted in Cheap Street, Westgate Street, Saw Close and Upper Borough Walls with vehicle access to roads in the city centre restricted between 10am and 6pm.

“The restriction on vehicle access will be extended until 10pm in York Street as a standard TRO to support the increased footfall from Terrace Walk through York Street to the new Clore Learning Centre and World Heritage Centre, which are due to open late into the evening.”