Work will continue today to repair safety barriers on the M4 between Bath and Bristol, which were significantly damaged following a collision yesterday morning, Monday 5th March. 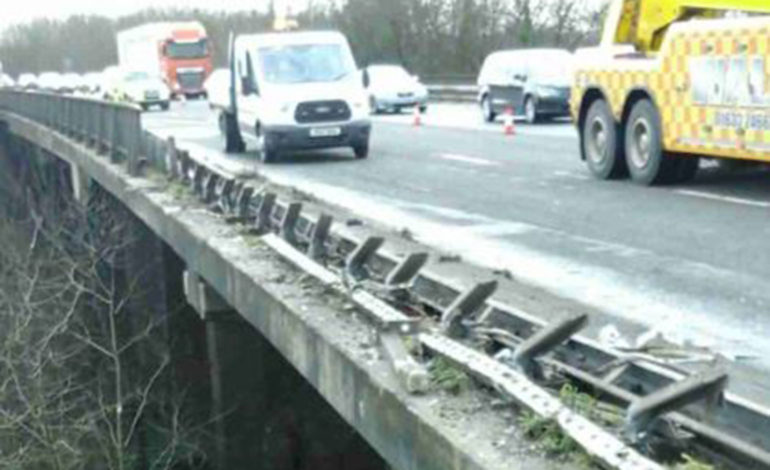 The popular stretch of road was closed for many hours yesterday, and was also closed overnight for work to continue to repair the damaged barriers.

The collision happened at around 8.30am yesterday morning near the junction for Bristol. A lorry overturned on the westbound carriageway rupturing its fuel tank. Two cars were also involved.

Highways England said that though the lorry has now been recovered, extensive damage has been caused to over 30 metres of bridge parapet, which has left a ten metre drop next to the central reservation.

Around 50 metres of central reservation barrier have also been damaged and a large amount of fuel has leaked onto the carriageway, which will require resurfacing. 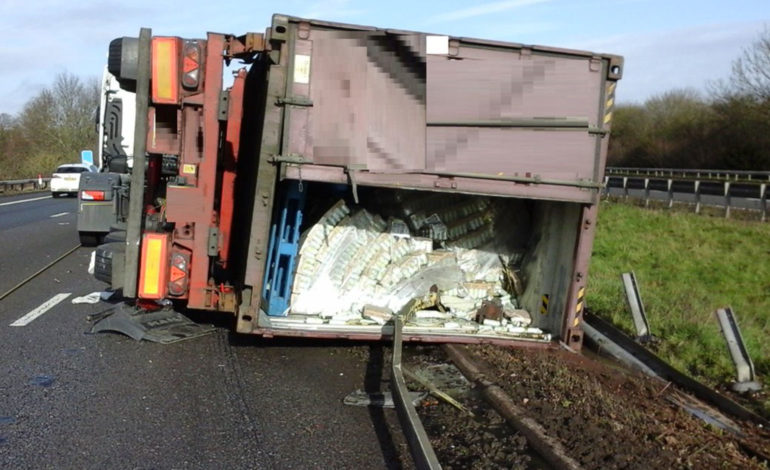 The westbound carriageway was reopened briefly yesterday afternoon, with the central lane closed and a temporary speed limit in place for the safety of road workers.

The lane closures and a speed restriction will remain in place throughout today, Tuesday 6th March, with an overnight closure of the motorway planned this evening between 8pm and 6am to continue repair work.

Highways England has advised drivers of possible delays during the morning peak period and to plan their journeys and listen to the last traffic reports for the latest information.