A woman in her 40s has been taken to hospital following a crash involving a minibus at the Two Headed Man junction of the A39, to the west of Bath, this morning. 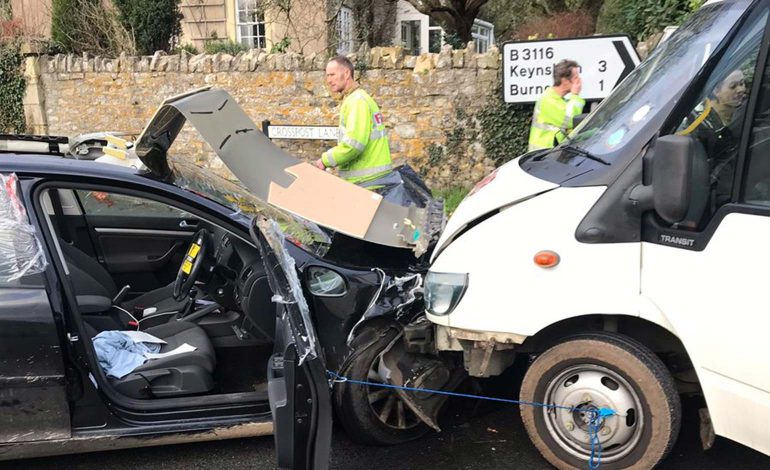 Fire crews from the Bath and Hicks Gate fire stations were called at 08.03 to reports of the road traffic collision, involving a car and a minibus.

A woman in her 40s was trapped in her car, and rescued by firefighters using hydraulic cutting equipment. 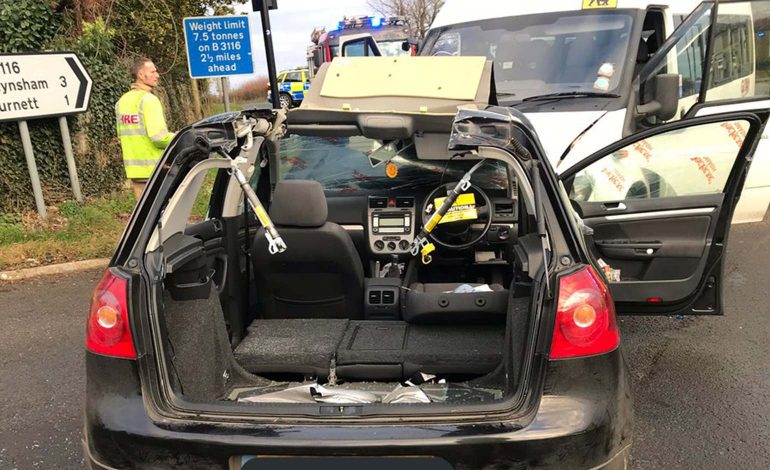 She was then taken to hospital by ambulance. Another casualty was also assessed by paramedics at the scene.

The road has been closed in both directions, from the Co-op at Marksbury and from Corston, and is expected to remain that way for a number of hours.