Students from Bath Spa University have come up with a reason to be cheerful during these testing times by creating a new 30-minute comedy improvisation show titled ‘Pulling the Strings’. 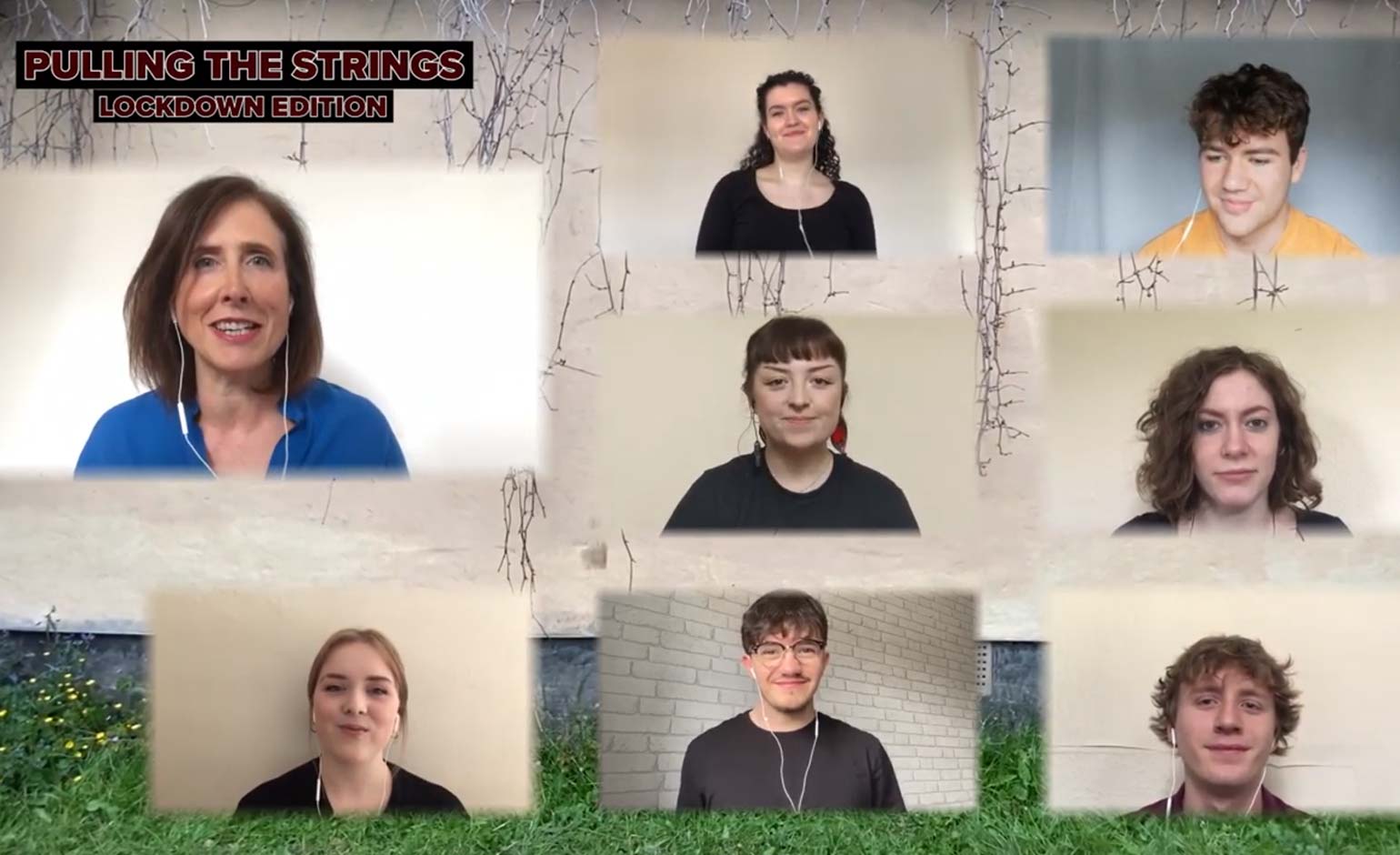 They conceived, wrote, filmed and edited the whole show while working remotely and with social distancing measures in place.

The programme challenges the comedians’ acting and improvisation skills, pitting them against each other in a series of topically-themed comical conundrums, posed by host and comedian, Natasha Bye.

Despite being created as a ‘Plan B’ during lockdown, the show’s success is no laughing matter, because Pulling the Strings has just been accepted into this year’s Sparkfest.

Commending the group’s efforts, the students’ lecturer, award-winning television producer and director Simon Mansfield said: “The programme shows tremendous initiative on the part of the students, who could see how television broadcasters have been responding to the current situation and felt they could produce something just as good. And they were right!

“What a compliment this is to their professionalism and creative drive.”

Pulling the Strings can be viewed online at: https://youtu.be/C2kP5MZEXHM