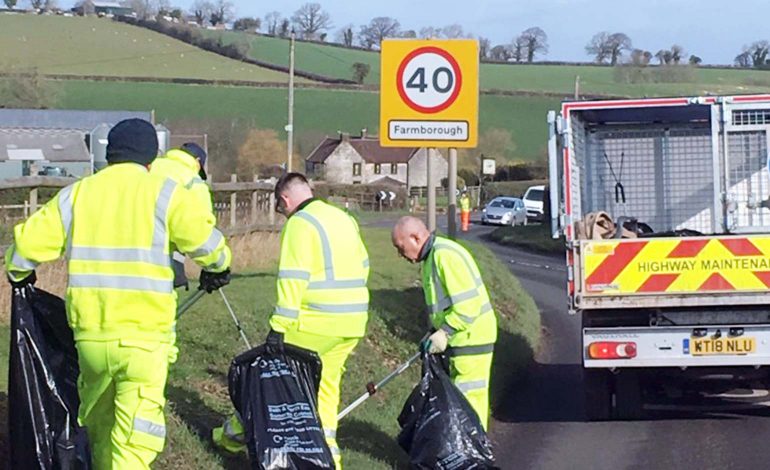 More than 150 miles of verges on busy A and B roads will be covered by the council’s cleansing teams picking up litter thrown out of vehicles, starting this week.

Last year, crews collected more than 1,000 bags of unnecessary waste weighing in at 3.5 tonnes – the equivalent of a light goods vehicle.

Councillor Dave Wood, cabinet member for Neighbourhood Services, said: “Nothing frustrates me more than seeing tonnes of litter in our hedgerows and verges.

“I’m really pleased we are taking this very rural issue seriously and helping to keep our countryside beautiful.

“The end of the winter and the start of spring is the best time for our crews to do this work because the vegetation has grown back so they can see the litter buried in the hedgerows and verges.

“It costs the council up to £40,000, which is money that could be better spent if drivers were not so careless and actually bothered to take their rubbish home with them to either recycle it or put in their general waste bin.

“We are also looking at what we can do to stop people throwing litter out of cars and trucks in the first place, including how we can issue more £150 fixed penalty notices for littering.”