A team of residents will be taking on a daunting endurance challenge in an attempt to break a world record and raise money for the Bath Rugby Foundation. 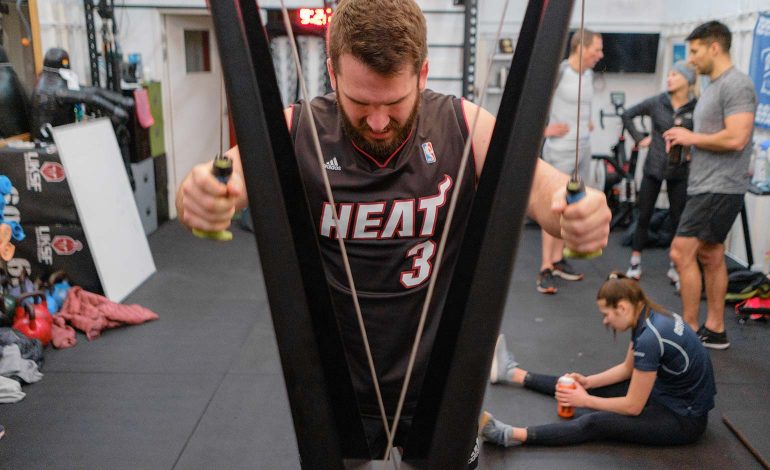 The team is made up from clients of Bath gym, Get Fit in Bath, where a range of abilities and ages have been put together to beat the current record of 369,343 metres.

Supporters can sponsor the team, with all donations going to support the work of Bath Rugby Foundation.

The challenge has been arranged by Dave Bowler from Get Fit in Bath.

He said: “The challenge is a huge one, as mentally tough as it will be physically painful!”

While the challenge lasts 24 hours, the key to success may be in the little things. Dave said: “If every changeover between team members loses two seconds that could add up to a huge amount of time – it could even be as much time as an hour.”

Dave is no stranger to exhausting physical tests. Last year he took part in a challenge to scale a Tour de France mountain four times in 24 hours… on a tandem bike.

That challenge raised an incredible £14,795 for the Bath Rugby Foundation.

He said: “The impact Bath Rugby Foundation has is huge. We see the Foundation’s team helping to change the lives of young people who’ve been given a tough start to life, through no fault of their own.

“If we have to feel uncomfortable for a few hours, but raise important funds for this work, it will be worth it.”

The team’s ages range from 17 to 51 years old and for the last four months, they have been training with weights and the Concept2 Ski-Erg machine up to five times a week to be able to cope with the physical and mental exhaustion this challenge presents.

The challenge will begin on 21st March 21 at 9am at Get Fit in Bath and will run until 9am on 22nd March.

The team will be working in shift patterns, which will see each team of 5 completing a half-hour shift before handing over to the second team to continue the pacing needed to beat the record.

To sponsor the team, visit https://www.bathrugbyfoundation.com/Appeal/24-hour-world-record-ski-erg-challenge.