B&NES Council’s litter picking week will see schools, individuals and established litter picking groups tackle rubbish across the area, but more people are being urged to join the clean-up. 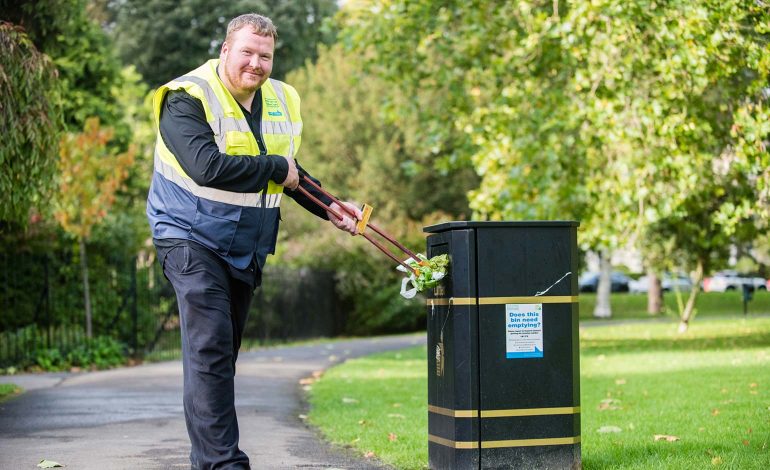 The ‘Big B&NES Community Clean-Up’, which is running until 27th October, coordinated by the council and supported by community group No Place for Litter, encourages individuals, neighbours, businesses, schools and community groups to run their own events.

Many litter picking activities have already been organised and welcome people to join in on the day.

Individual action is also being encouraged, with people having committed to their own #2minutelitterpick in their neighbourhoods.

Councillor David Wood, cabinet member for Neighbourhood Services, said: “We are grateful for the positive response we’ve had from people wanting to join in with the Big B&NES Community Clean-Up including community groups, university students, schools and environmental projects.

“However, more can always be done to tackle the damage litter does to our environment so I would encourage more people to get involved.

“There is a calendar of events to help people find a litter pick near them and there is still time for people to set up their own.

“Every bit of litter picked up and removed from the environment matters, so even if you are only able to spend two minutes collecting litter, it is saving every piece from causing damage to the natural environment.”

A pupil at Newbridge Primary School has already initiated a litter pick ahead of the week of action and the Reception children picked up 12 bags of rubbish that was polluting their local environment.

The calendar of events and information about organising your own litter pick can be found here.

Anyone doing a litter pick is encouraged to share their stories of their event, including photos, using the hashtag #CommunityClean on Twitter.