A Hindu street festival, which has been celebrated in India for almost 5,000 years, is returning to Bath on Saturday 2nd June, as part of worldwide celebrations which will be observed by millions. 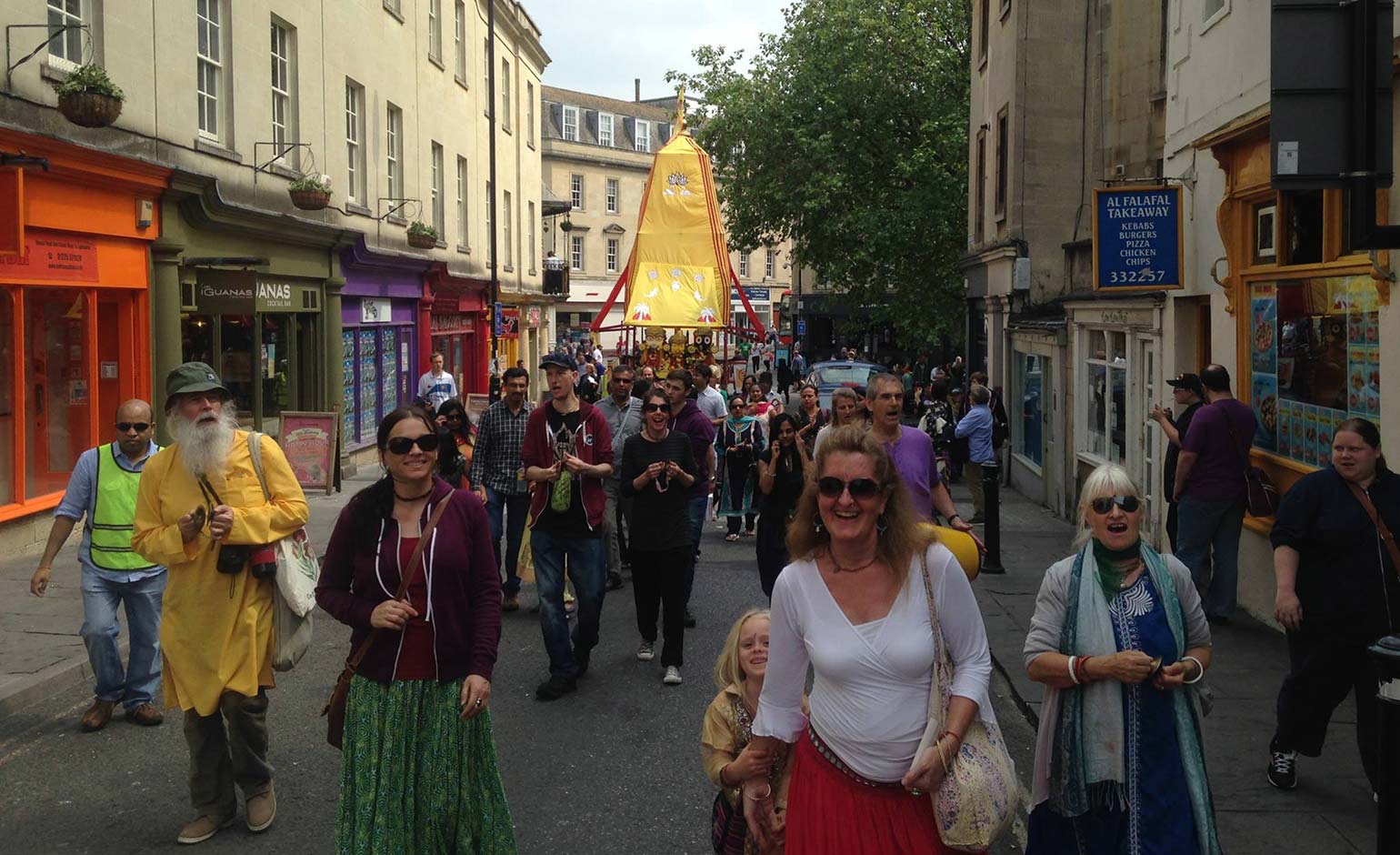 Rathayatra, the festival of the chariots, takes place all over the world and will be observed by millions.

It’s been traditionally celebrated annually in Jagannath Puri in Orissa, India, where Lord Jagannath along with His sister Subhadra and elder brother Balabhadra is paraded through the streets of the city.

Ashish Rajhansha, a member of the Bath Hindu Community, and one of the organisers of the event, said: “For many Hindus, Lord Jagannath is an incarnation of Lord Krishna.

“This event commemorates the story of Him being paraded through the streets. The huge processions accompanying the chariots play music, instruments, and devotional songs, including the infamous Hare Krishna mantra.

“Here in Bath we’ll be walking through the city with our chariot. Anyone is welcome to come along and take part in this auspicious occasion.”

The event is the eighth of its kind in the city, with up to 300 people expected to take part this year including Hindus, Hare Krishna devotees, members of other faiths, and the general public.

Susmita Rajhansha, who has spent several weeks planning the local festival, added: “A sight of Lord Jagannath on the chariot is considered to be blessing, with many saints, poets and scriptures repeatedly praising the sanctity of this special festival.

“The significance of the festival is such that even a touch of the chariot or even the ropes with which these are pulled is believed to result in a blessing.”

The first Rathayatra held outside of India took place in San Francisco in 1967, and was organised by Bhaktivedanta Swami Prabhupada, the founder of the Hare Krishna movement.

The Bath festival comes at a time when the local Hindu community continues to grow. With almost 400 members across Bath & North East Somerset, the last census marked a significant increase in the number of people professing to identify as ‘Hindu’ or as a followers of the Hindu religion.

Councillor Karen Walker, Chairwoman of Bath & North East Somerset Council, commented: “Faith is an integral part of British culture and tradition. The way people live their lives, and the values they follow are often shaped by religious belief.

“Bath and North East Somerset, just like the rest of the UK, is multi-faith and is home to people from a variety of backgrounds.

“It’s for this reason that we should do everything we can to promote religious and cultural freedom.

“I’d like to wish the local Hindu community the very best with this year’s Rathayatra celebrations – it certainly adds a lot of colour to the city!”

The procession will run through the city, around Kingsmead Square, finishing with prasad (food) and a celebration in Royal Victoria Park later in the afternoon.