Lloyds Bank has announced that following an “in-depth” review, their branch on Moorland Road in Bath will be closing at the end of August 2020. 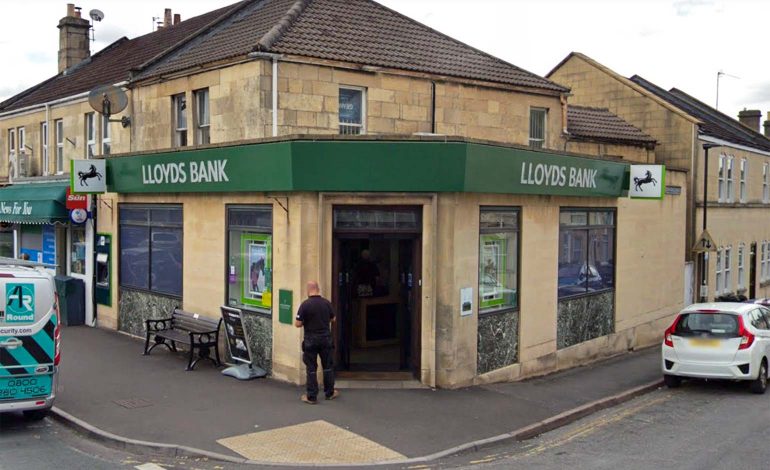 The branch, which is one of two in the city, is due to close on 26th August, with customers being advised to use the Milsom Street branch in future.

The bank has said that the “difficult decision” to close the branch is due to customers using it less often, with the majority using alternative ways to conduct their banking.

Figures released by Lloyds Bank reveal that around 45% of users of the branch on Moorland Road are over the age of 55.

88% of all customers use the branch for personal accounts, and 12% for business banking. Of these, 75% are already using other Lloyds Bank branches, internet banking or telephone banking.

Around 365 people use the branch on a regular monthly basis.

The closure announcement comes as part of plans to shut 56 Lloyds Bank, Halifax and Bank of Scotland sites across the country between April and October.

The nearest branch to Moorland Road for Lloyds Bank customers is on Milsom Street, which is around 1.5 miles away.

Customers have been reminded that they can use a Post Office for many everyday banking transactions.

A spokesperson at Lloyds Bank said: “We are committed to having the largest branch network in the UK and, in addition to our branches, all our customers can also use the Post Office to access their banking locally, alongside our mobile branches which visit many rural communities.”

“We have confirmed that a number of branches will close between April and October this year.

“This is in response to changing customer behaviours and the reduced number of transactions being made in branches.”