104 talented local athletes from across the Bath and North East Somerset area have received awards worth £72,300 from the GLL Sports Foundation. 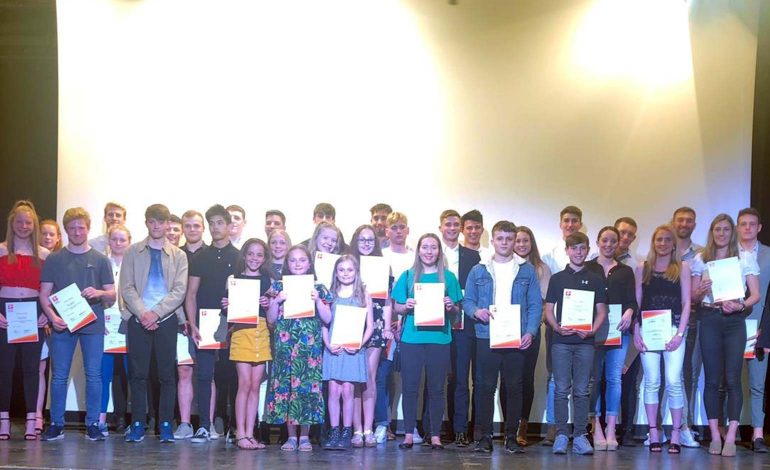 An awards reception was held on 16th May at Bath Pavilion to recognise the exceptional sporting achievements of the successful young sportsmen and women from Bath and North East Somerset.

The GLL Sport Foundation was founded in 2008 by charitable social enterprise GLL, to provide talented athletes with financial support as well as access to training and sport science facilities.

The awards were launched after GLL identified an increasing number of talented athletes who were receiving no sport funding and had given up on their sporting dreams through lack of support.

Bath based modern pentathlete Joe Choong is one of the athletes who has received an award this year.

He said: “GLL support is massive to someone like me who competes in a multi-discipline sport. With the various sports I do, I often need new equipment, or to drive to different locations to do my training.

“For example, I probably need a new fencing blade every 2 months, and I drive 40 minutes to riding every week, and the support from GLL makes a massive difference in helping to alleviate some of the financial burden.”

“With more than 96% of supported athletes not receiving any other additional funding, it is clear that we are reaching those that need support most.

“I’m sure we will see many successes for young Foundation-supported athletes in 2019.”

This year, a total of 3,120 UK athletes will receive support worth a total of £1.8 million. The recipients are spread across 117 sporting disciplines.