The £1 million revamp of a Bath restaurant has been allowed on appeal. 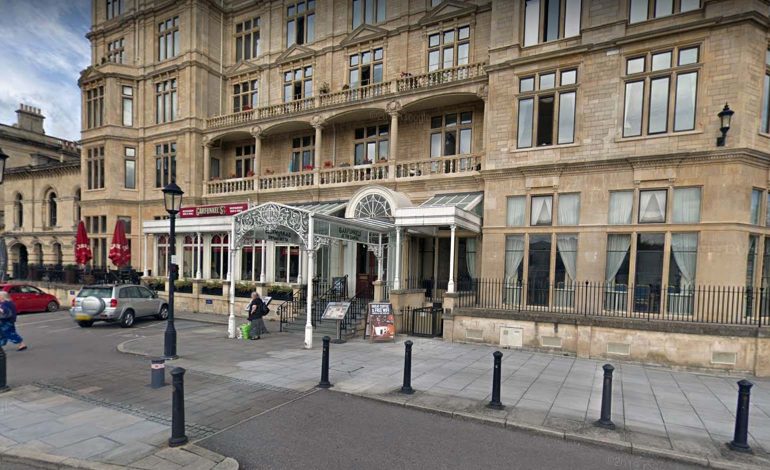 Council bosses rejected a bid to refurbish Garfunkels amid concerns the impact on the grade II-listed former Empire Hotel would outweigh the benefits.

The Orange Grove venue was set to reopen as a Brunning and Price pub but has been closed since last August after the plans were refused.

Residents living in the flats above the eatery, many of them elderly, had voiced fears the development would create a “mega-bar” and spark a spike in noise and disturbance from rowdy revellers.

Despite securing listed building consent this week, owner The Restaurant Group said Garfunkels would not reopen and it was “still assessing all options”.

The firm runs the Brunning and Price pub chain along with Frankie and Benny’s, Chiquito, Wagamama and others.

“It is important that the site enhances, updates and improves upon its customer offer and attraction, otherwise the site will continue to suffer serious detrimental effects on the ability to attract customers, thereby subsequently further affecting sales and viability to the detriment of the continued economic vitality of the unit.”

There are 43 age-restricted flats above Garfunkels, where the average age is reportedly 79.

Representatives from the Empire Owners Association objected to the proposals, saying residents would suffer and there would be no public benefit.

Professor Stan Kolaczkowski, its chairman, previously told councillors when he objected to a licensing application: “This is completely the wrong location to try to change the use from a restaurant into a pub.

“Imagine how you would feel if you were allowing a mega-bar under your home.”

There were seven other objections to the plans. One said: “Surely the applicants expect more traffic and activity, otherwise why would they plan a £1million investment into an unsuccessful business?

“The proposal which will lead to increased drinkers, noise, disturbance and litter, which is not appropriate below apartments designated for elderly people.

“Given other pubs nearby, there will be a cumulative negative impact on the environment.”

Bath and North East Somerset Council’s decision to refuse planning permission centred on the “intrusive and harmful impact” the proposed bar would have on the listed building that officers said would outweigh any benefits.

The Restaurant Group had warned that its appeal was very likely to succeed and would expose the “disproportionate nature of the council’s position”.

Giving his decision after an appeal hearing on 15th January, planning inspector Neil Pope said the bar could “erode the spacious character of the room” but its grand scale would remain.

“The proposed works would preserve the special architectural and historic interest of the former Empire Hotel,” he added.

Mr Pope said he was unable to consider concerns about noise as part of the hearing.