This superb, blistering revival of Laura Wade’s 2010 play, first performed at the Royal Court, could never feel more relevant in the face of our current political crisis. 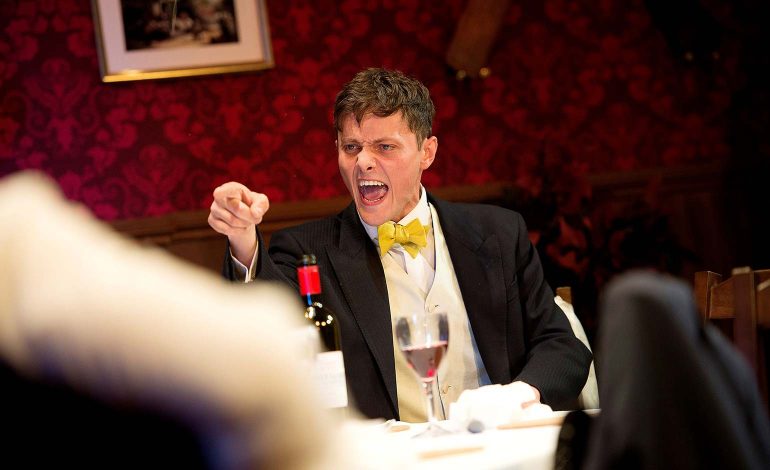 Based on the antics of Oxford’s notorious Bullingdon Club, whose past members include David Cameron, George Osborne and Boris Johnson, Posh is a fiercely dark, yet perceptive exploration of elitism and entitlement.

Here the Bullingdon Club is thinly disguised as The Riot Club. They are allowed to meet again on one condition – they must behave.

After the mishaps of this exclusive Oxford Group at their last dinner, the President has promised its ex-members not to bring the club back into public disrepute. 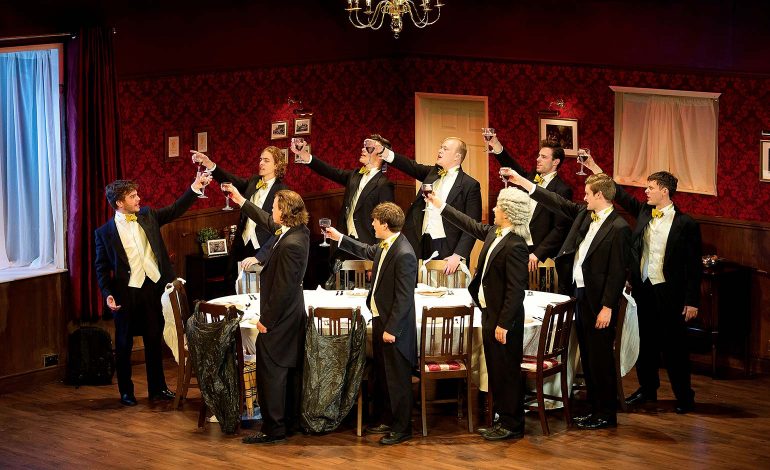 But as the booze flows and the mood turns sour, they clearly will need the help of the most expensive lawyers to continue on their chosen pathways.

If it did not feel so true to life, it would be slightly less disturbing.

The privileged 10 pupils meet to discuss their disgust in the poor and the vulnerable.

The National Trust invading their home estates whilst ridiculing and decrying each other with schoolboy initiation ceremonies and abusing anyone who stands up to their sickening behaviour.

The casting is spot on. Tyger Drew Honey is a brutal Alistair Ryle; raging against the injustices forced on him to tolerate the lower classes.

Across the company, characters are well observed. George Prentice is a hugely entertaining Miles Richards as is Joseph Tyler Todd as George Balfour.

These characters are purposefully crafted to be hugely unpleasant or fulfil the role of the buffoon. 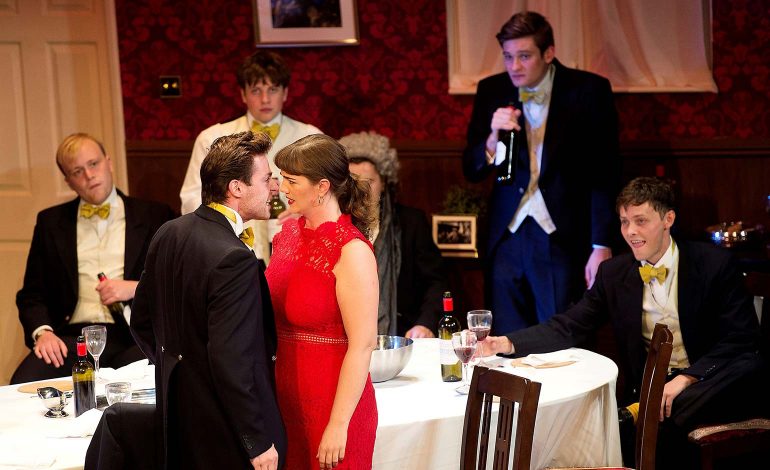 Their treatment of the two females in the piece is purposefully disgraceful; they are most definitely “types” of men.

There is no suggestion that all men are the same but it is not hard to find similar types in the mainstream political system.

This is theatre at its strongest; it is brave, challenging and thought-provoking, creating the basis for conversations well into the evening for everyone, regardless of their political leanings.
_ _ _ _ _ _ _ _ _ _ _ _

Posh, by Laura Wade and directed by Lucy Hughes, is showing at the Theatre Royal in Bath until Saturday 28th September 2019.