This new show from Canadian comic Phil Nichol could be seen as aptly titled for various reasons. 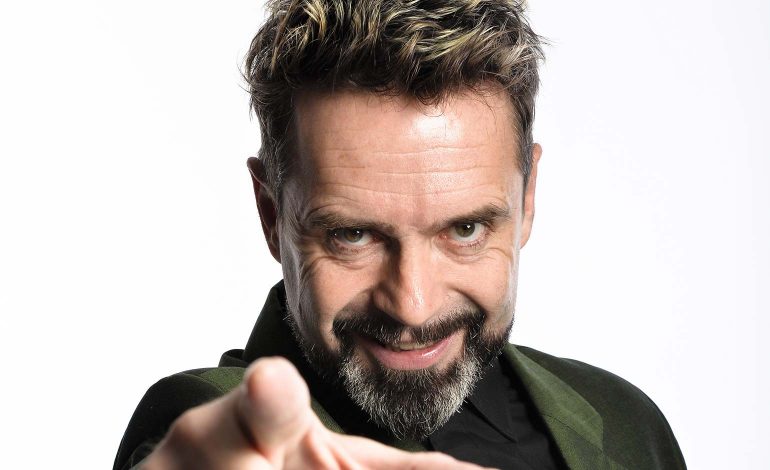 His style is hyper-energetic, delivered at breakneck speed and top volume, with lots of arm-waving, swearing, dancing, jumping up and down, singing and shouting.

It’s a bit of an exhausting ride; but he gets a warm response from the Ring O’Bells audience.

The show is ostensibly about how the current state of the world is ‘too much’, which I think we can all agree on.

But mostly it’s about his life, and has much reference to the huge quantities of drugs and drink he’s taken, or given to other people (Not marijuana; he’s “not a freak”.), and the kinds of trouble it’s got him into.

In particular, an extended tale of his drug-fuelled antics on train and tube journeys, and what damage – physical, legal, and financial – this has caused him; and why it’s all Richard Branson’s fault (You had to be there.).

An evening with Phil Nichol can feel like a heavy work-out in a sort of crazed comedy gym, leaving you feeling either exhilarated or a bit battered, depending on your idea of what is ‘too much’.

Phil Nichol performed Too Much at the Ring O’Bells in Widcombe, Bath on Wednesday 24th July 2019.