Set in the 1970s, Jitney is part of playwright August Wilson’s most famous body of work, The Pittsburgh Cycle. 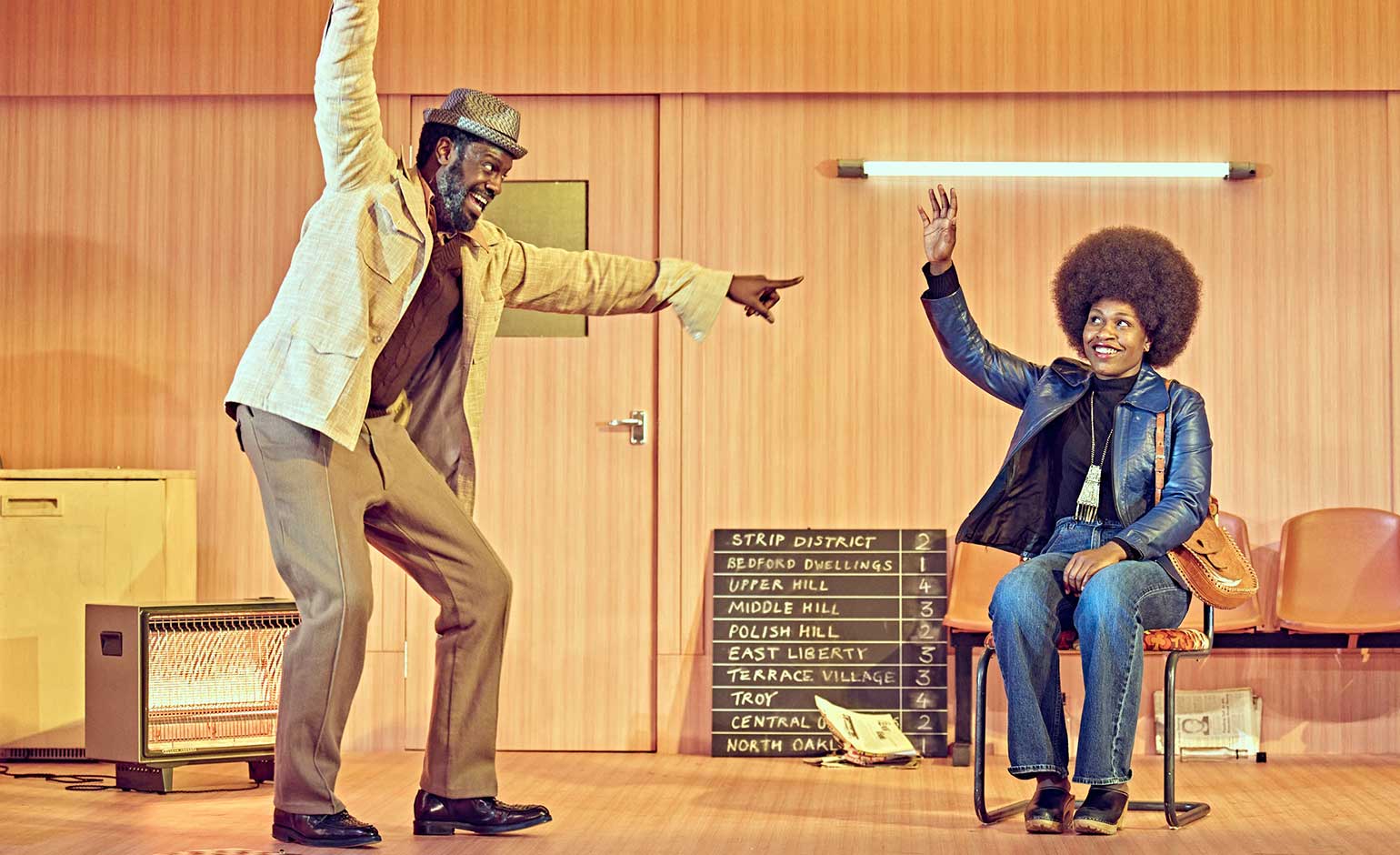 This is an intriguing piece, set in a 1970s Jitney station we meet Jim Becker who alongside his other unlicensed drivers take the residents of Pittsburgh Hill where other taxi cabs refused to go.

The office is a den of broken dreams and lost futures and the characters are as condemned as the rank that they work on.

Wil Johnson heads the cast as Becker; desperate to do right for his friends and workers but fighting a losing battle. His descent as he loses control is powerful. He is the father figure and protector for them all despite his own battles with his son.

The cast creates a fragile world, desperately fighting for better and survival in the difficult neighbourhood. The gaps between the generations breaking to the surface causing arguments and pain.

August Wilson is known for exploring the fragile bonds between people. Here, eight men live and work in a racially segregated and volatile post – Vietnam America and worry for their livelihoods and those they love or once loved.

It is very much an examination of relationships so in a sense very little happens, and the plot is not as explosive as perhaps expected.

There are moments which are profound and essential, but in so many ways it is just a time to watch others deal with their daily struggles and worries.

Tinuke Craig directs with precision against Alex Lowde’s glorious design which is backed to perfection from wigs and hair by Cynthia de la Rosa and Suzanne Scotcher.
_ _ _ _ _ _ _ _ _ _ _ _