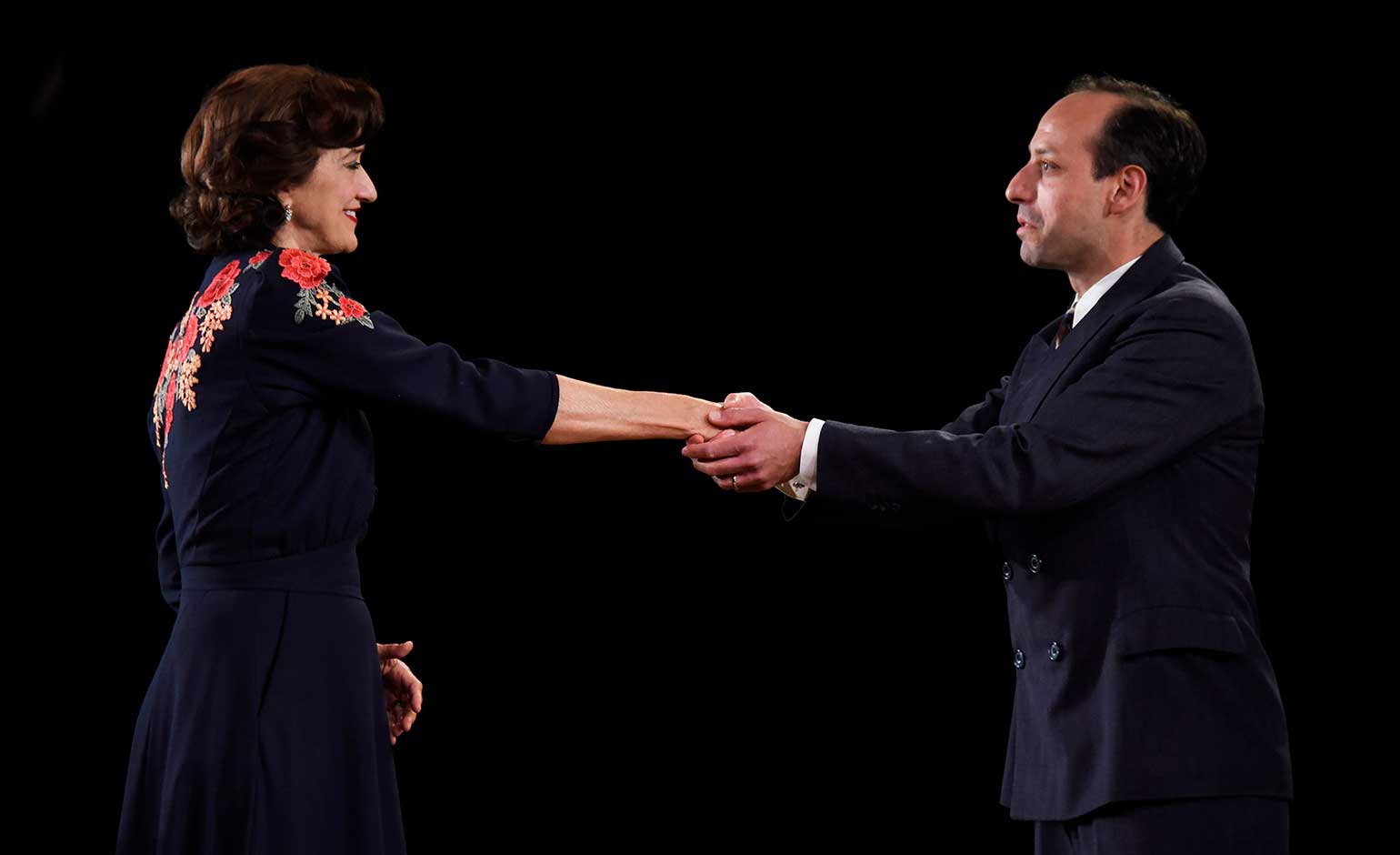 The old friends find themselves on opposite sides of the divide and the play explores their academic brilliance and also why was the purpose of the meeting.

Here we find that they are all dead and are revisiting an event to simply analyse and in turn repeat it with different endings. It is a historical detective story that demands complete attention throughout.

The ideas discussed of the various possible versions of the meeting would have worldwide implications for the era and also our world today. The dialogue is at times academic and in turn a dry humour pervades.

The sense of loss and what is unsaid allows an underlying tension to play out and tempers are never far from fraying. 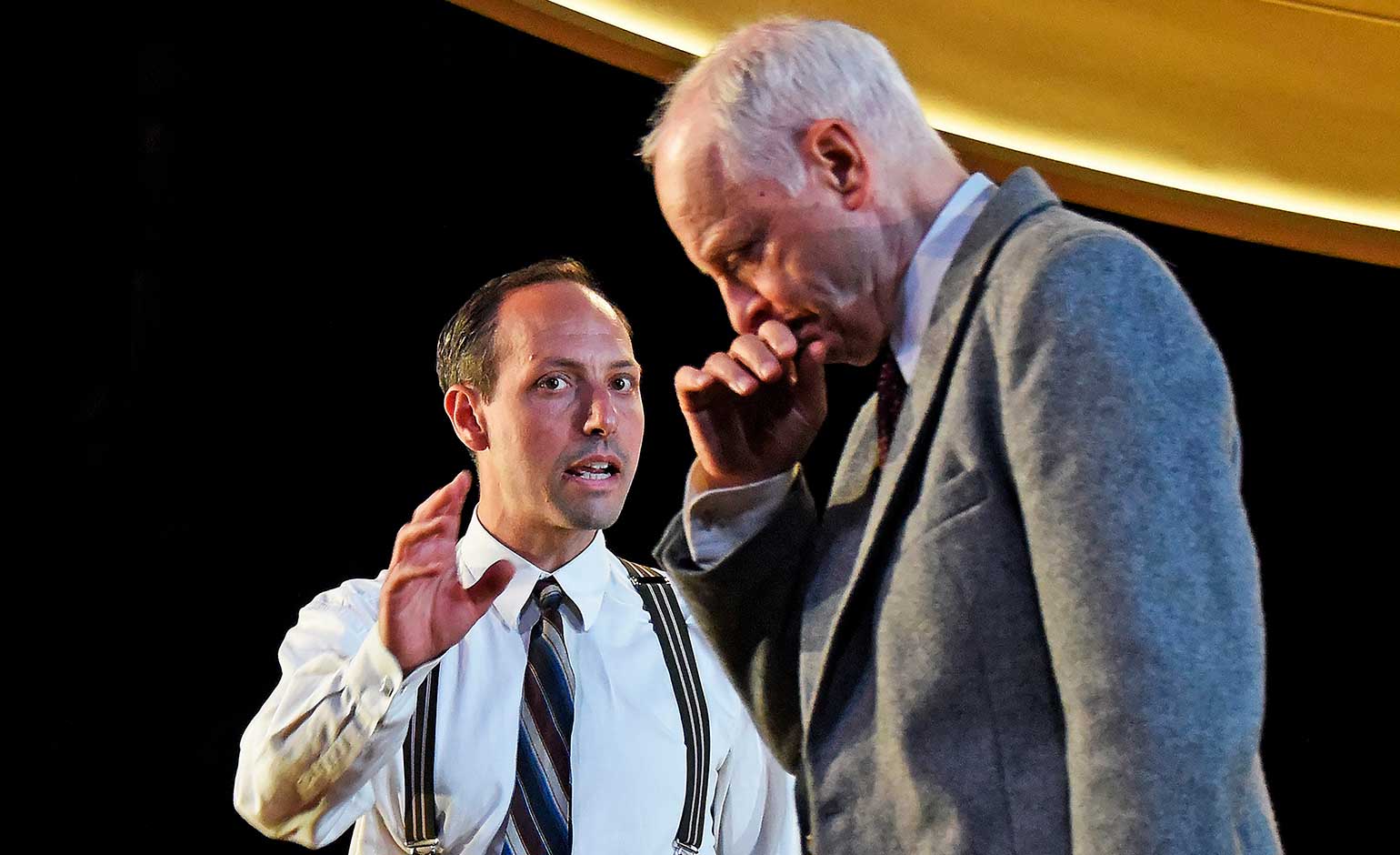 Haydn Gwynne as Margrethe Bohr, wife of Niels, moves with ease from hostess to the central moral point of view taking control as an arbiter to the men as they spar their way through the various permutations of the meetings.

The moral questions have high stakes: is Heisenberg’s mistake purposeful and lifesaving or an academic oversight that could have changed the world. Or is Bohr’s choice not to point out the error a moment to save mankind. Either way; there is much to discuss and think about long after the proverbial curtain falls.

This is a Theatre Royal Bath Production in association with Jonathan Church Theatre Productions; cancelled due to the most recent lockdown but now ready to make its stamp on the current season.
_ _ _ _ _ _ _ _ _ _ _ _

It is showing at the Theatre Royal in Bath until Saturday 26th June 2021.