Bath and North East Somerset Council has finally found a “prospective tenant” for Jolly’s, but the contract has not been signed so its identity cannot be disclosed. 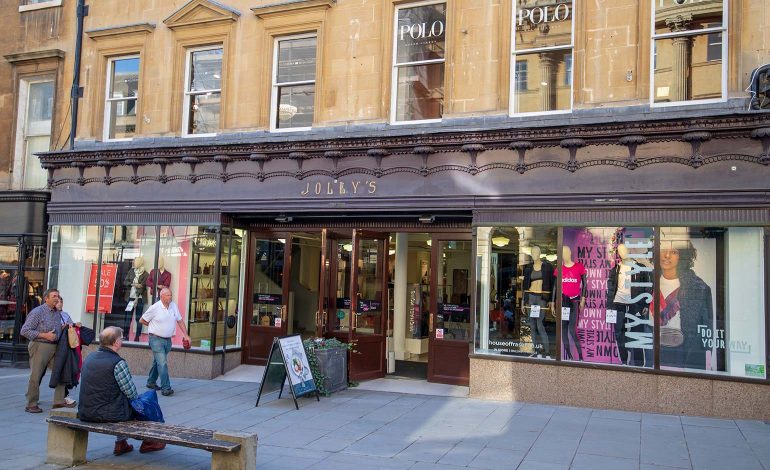 The future of the department store, a valuable asset for the authority, has been in question since House of Fraser went into administration last August.

It was bought for £90million by Sports Direct boss Mike Ashley, who attacked “greedy” landlords of the brand’s 59 shops.

Describing the Milsom Street branch as a “key anchor retail unit”, B&NES Council officers said the decision was urgent and made “largely on a value for money basis, having considered the risks to the council of not taking it”.

Their report says: “The tenant of the subject premises went into administration in August 2018.

“Since this time the council has been in negotiation with several parties in relation to the granting of a new lease.

“Terms have now been agreed with the successful prospective tenant, subject to the approval of the cabinet.

“[Property advisors] Hartnell Taylor Cook have confirmed that in their opinion the terms agreed (subject to contract) represent the best deal that could have been achieved for a new lease of the subject premises.”

The lease was signed off on Thursday by Councillor Richard Samuel, the cabinet member for resources, subject to terms and conditions that were themselves commercially sensitive.

Officers said that while the council’s coffers are public funds, the authority needs to protect its commercial position.

Cllr Samuel said: “The lease on this retail unit has not yet been signed.

“Terms and conditions on the possible lease are still subject to our consideration.

“In order to protect the commercial interests of both the council and tenant, we cannot comment about the tenant or the location until such time as a lease is completed.”

Securing a new lease on Jolly’s has been a lengthy process.

The council said in January it was “close to a deal”.

Jolly’s was opened by James Jolly and his son Thomas in 1831. It predates House of Fraser, which was established in 1849.

House of Fraser employs some 17,500 people, including 11,500 concession staff. The firm was approached for comment.