Bath and North East Somerset Council will not seek to have urban gulls removed from the endangered species list in order to allow them to be culled. 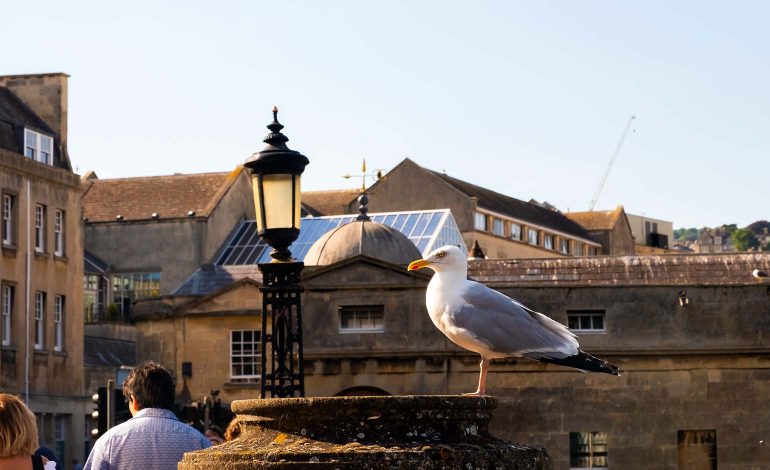 A senior councillor has responded to criticism over its management of the gull population and said Brexit is delaying other changes to the law it is seeking to get a grip of the issue.

City resident and Daily Express columnist Tim Newark claimed the council had “completely ignored” the public health threat from gulls’ mess and the noise forced people away from the centre.

Councillor Paul Crossley said the authority had been more proactive than many others but it is bound by Government guidance on how to control the population.

In response to Mr Newark’s calls for efforts to “substantially reduce” their numbers he ruled out lobbying for gulls to be removed from the endangered species list.

“It will be disappointing for city centre residents and businesses to hear that you will not be lobbying Defra [the Department for Environment, Food and Rural Affairs],” said freelance journalist and author Mr Newark.

“The legal protection for these thriving urban gulls is at the root of not being able to reduce their numbers more effectively.

“It is worrying too that you have completely ignored the public health threat provided by gull faeces in a city centre full of restaurants and cafes with outside seating, as well as residential gardens.

“The availability of waste food for gulls does need to be tackled but in a city with a large transient tourist population, it will never be fully eliminated. Most importantly it is not just waste food that attracts gulls.

“Experts explain that it is the secure nesting provided by Georgian double mansard roofs with a central gutter that attracts gulls year after year. These need to be bird proofed throughout the city.

“It is not just residents who have to suffer the intrusion of a filthy, noisy gull breeding colony every summer but Bath’s hotel guests too. At least one city centre hotel issues ears plugs for its guests.

“Surely Bath and North East Somerset Council wants to encourage more people to live in the centre of our city for sound environmental sustainability reasons?

“But instead the relentless racket and health danger of urban gulls is discouraging that. Can you please do more?”

Mr Newark said he will not eat outside and no longer uses his garden because of the gulls and the “public health risk” from their excrement.

He said their 24-seven screeching ruins summers in the city and said the council should lead the way by bird-proofing its own buildings.

He added: “If B&NES Council refuses to lobby Defra, there are other community organisations that can approach Defra and I am talking to them now.

“It is important that the government revisits the classification of urban gull as an endangered species.

“Clearly they are not endangered and yet cities cannot proceed with taking humane measures to decisively reduce gull populations and protect public health until this is resolved.”

Cllr Crossley, cabinet member for community services, said the council was proactive and the number of breeding gull pairs decreased by a quarter between 2015 and 2018.

In a letter to Mr Newark, he wrote: “The council is bound by government guidance and we will continue with the measures that we are able to take to reduce the gull population even more.

“We will also be tackling the issue of trade food waste over the coming months and thus further reduce the food source available to gulls. This should in turn reduce the number of gulls in the city.

“We have a number of laws that we wish to amend and will be working with our MPs and lobbying them to get them changed. These cover several areas such as planning and licencing.

“Parliament has, though, been preoccupied with a single issue over the last three years which has slowed up the process of changes that we need in local government.

“However I will not at this point be asking them to take a bird species off the endangered list.”