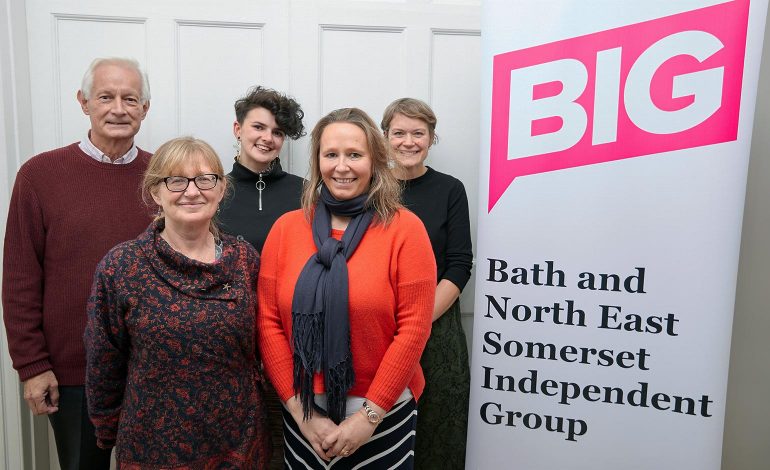 After starting a year ago, the Bath and North East Somerset Independent Group (BIG) has brought together a group of concerned residents and local business people whose aim is to take control of the unitary authority and run it for the ‘benefit of all residents’.

The ‘BIG’ philosophy is that it is time for real, positive change in local politics, and the group says the way to get the best for the area’s communities is to have a council made up of councillors working together, not point scoring against each other.

An independent council means every councillor would bring their own expertise and enthusiasm to the table, without the potential need to follow orders from party HQ.

Such a model can harness the talents and ideas of local communities, not just those who sign up to everything that their political party stands for.

BIG’s councillors, if elected, say they will work together with common aims, using an agreed set of principles of open and transparent government.

“While political parties are arguing amongst themselves, they are not focusing on improving the quality of life for their constituents in B&NES, or offering anything hopeful or forward-looking for communities.’

Bidding to be the youngest woman councillor in B&NES, Jess Milton added: ‘It is time for change; we will develop a compelling vision for this most beautiful, exciting part of the South West.

“We will introduce policies that build for a long-term future, not just until the next elections.’

She is bidding to represent the ward of Bathavon North and said: “We invite people to join us now, to work with us on policies, to stand as councillors and to help us in any way they can.

“We want to bring politics back to the people of B&NES not just leave it to the party politicians.”

The next local government elections will be held on Thursday 2nd May 2019.