A trainee acute medical doctor from the RUH in Bath has successfully represented Great Britain in the 24-hour World Running Championships, less than a year after breaking her back in a car accident. 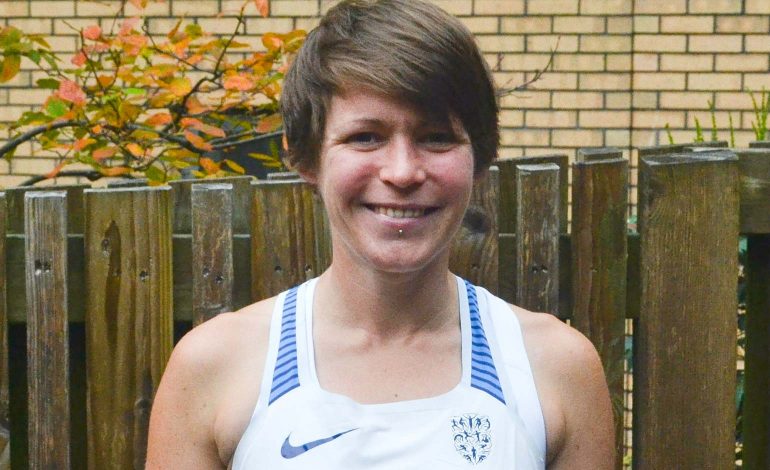 Sarah Morwood, who is in her second year of training at the RUH, went up against many of the world’s best endurance runners at the event in France, which sees competitors running non-stop for 24 hours, with the winners the team which covers the greatest distance.

She said: “It was very hard work but I’m pleased with my distance, although it was still short of my personal best. It was the first time that every member of the team was still running at the end of the race, so I was proud to be part of that.

“The heat during the day made it really tough and I was sick a few times, but I was determined to keep going and make it to the end.

“One of the other biggest challenges was the boredom as you’re literally going in circles for 24 hours.

“It could well be the world’s most stupid sport and it’s probably as tough for the spectators as it is the runners!

“It was an amazing event to be part of though and I enjoyed being treated like an elite athlete for a few days.”

In 2015, Sarah was selected to represent Britain in the World Trail Running Championships, which saw runners cover 50 miles over mountains in the Alps.

She took part in the championships again in 2018, however, her running was put on hold following a car accident later that year which broke her back and left her needing spinal surgery.

“I was in a bad way. I couldn’t do any exercise, especially running, for three months,” she said.

“Once I was fit enough to start running again it quickly became clear that I couldn’t run downhill anymore because of the stress it put on my back and that’s when I got into 24-hour running.

“I plan to continue to enjoy my running, but I might now look to enter more races where the prizes are food and drink!”