The Radiology department at the RUH in Bath has earned national prestige with four of its consultants being chosen for leadership positions in their speciality. 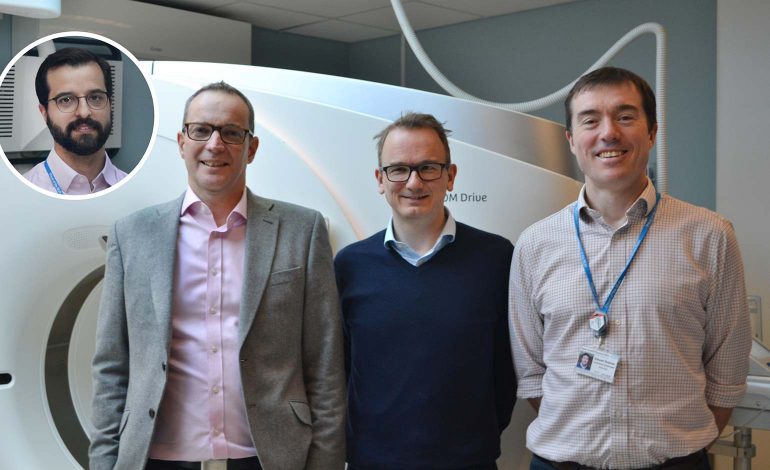 Dr Graham Robinson, who has specialist interests in thoracic and musculoskeletal radiology, is the new President of the British Society of Thoracic Imaging (BSTI).

The Society represents thoracic radiologists in the United Kingdom and Ireland and is recognised as a Special Interest Group by the Royal College of Radiologists (RCR).

It provides specialist advice to the RCR, NHSE and NICE.

Dr Richard Graham, who specialises in nuclear medicine and musculoskeletal radiology, has been voted in as President Elect of the British Nuclear Medicine Society (BNMS) and will become President in May 2020.

The BNMS, the only independent forum devoted to all aspects of nuclear medicine, is an organisation concerned with the clinical practice, education, research and development of nuclear medicine within the UK. It is also recognised as a Special Interest Group by the Royal College of Radiologists.

Dr Stewart Redman, consultant radiologist with expertise in nuclear medicine, ear, nose and throat and gastrointestinal radiology, has been appointed as the Radiation Protection adviser for the Royal College of Radiologists, where he will advise on best practice in radiation safety.

Dr Jonathan Rodrigues, who specialises in advanced multi-modality cardiovascular imaging and all facets of thoracic imaging, has been appointed as Imaging lead for the National Institute for Health Research (NIHR) West of England Clinical Research Network, championing imaging research in the region.

His roles at the national level are as a member of the Royal College of Radiologists’ professional learning and development committee, and lead for standards and guidelines on the executive committee of the British Society of Thoracic Imaging.

James Scott, RUH Chief Executive, said: “To have four consultants elevated to such esteemed positions in their field is an outstanding achievement for the RUH.

“It’s an endorsement of the major investment we have made in the department, creating one of the most modern and best-equipped in the South West, and puts the Trust on the UK map for excellence and expertise.”

A five-year, £7.5m investment programme comes to a close in February, which means the RUH Radiology Department will have six modern MRI and CT scanners as well as X-ray and ultrasound facilities.

The department also has a PET-CT scanner used in the detection and diagnosis of cancer and dementia, which was installed in 2016.