A woman has been taken to Southmead Hospital in Bristol in a serious condition after falling from a window of a building on Manvers Street in Bath. 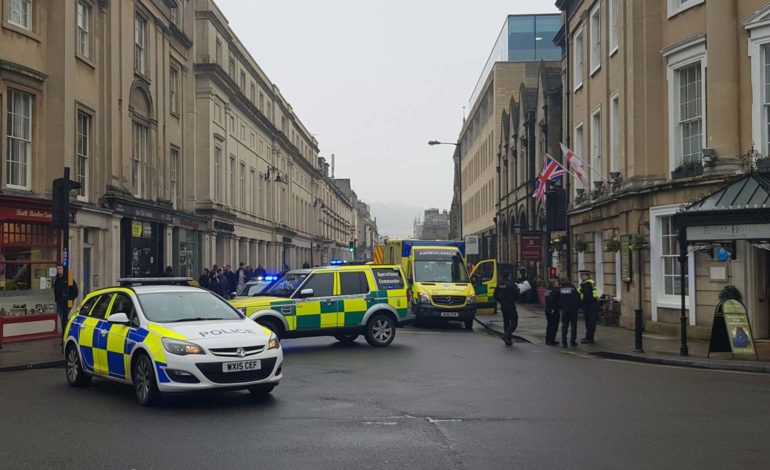 The South Western Ambulance Service said they were called at 11.10am this morning to reports of an incident, and they dispatched various crews to the scene including a rapid response vehicle and an air ambulance critical care team.

The woman was rushed to Southmead Hospital in Bristol, after falling from a top floor window of the Royal Hotel near Bath Spa railway station.

Emergency crews reportedly treated the woman at the scene for around an hour before she was taken away.

Early reports suggest the young woman may have been sitting on the ledge of the window before falling to the street below.

In a statement, Avon and Somerset Police said they’d been called at around 11.15am to reports of concern for welfare of a woman.

Manvers Street was  both directions between Railway Street and North Parade. The road was reopened at around 1.30pm.

The Royal Hotel Bath issued the following statement on their Facebook page: “An unfortunate incident involving a guest staying here at The Royal Hotel occurred this morning.

“The hotel was not in any way at fault for the incident however as soon as it was apparent what had happened our management were on hand and the emergency services were called.

“We would like to convey our thoughts and best wishes to the guest in the hope that she will make a speedy and full recovery.”