Youngsters across the area took to the streets of Bath on Friday 12th April to demand action on climate change, blocking the High Street outside the Guildhall before marching around the city. 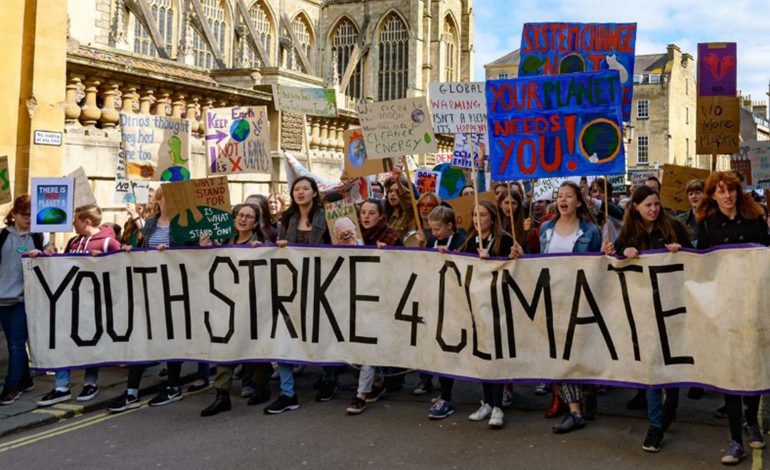 Youths from around the city and surrounding area blocked the streets outside Bath’s Guildhall and marched around the city from 11am to 1.30pm, waving brightly coloured banners and singing.

Sophia Thornton, a pupil at Trowbridge College, who is on the Bath Youth Climate Alliance (BYCA) committee which helped organise the strike, said: “The realities of climate change are terrifying. 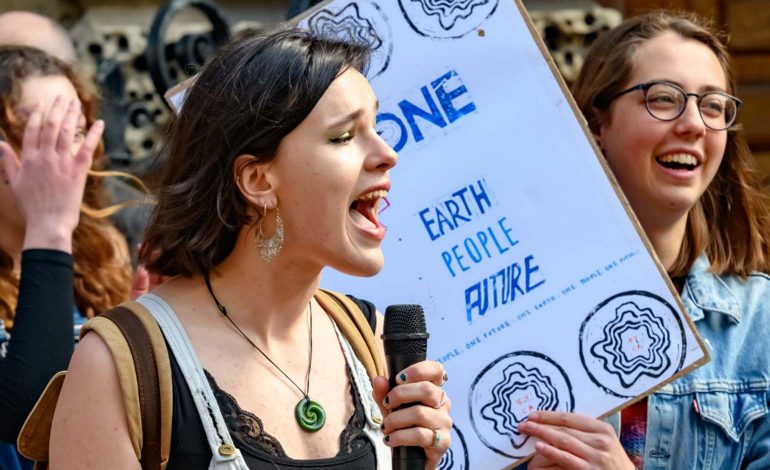 “This movement isn’t marginal, we are not one party or one political view, we are human. Climate change will affect us all and we all have a right to be fearful about our own futures.”

King Edward’s School pupil Frances Fox, also on the BYCA committee, added: “We, the future leaders of this country and the people who will be affected most by climate change, are being denied a voice.

“We will not stop striking until our demands are not only heard, but acted upon. It’s our planet, it’s our future.”

It also had the support of various headteachers, councillors, and the city’s MP Wera Hobhouse. 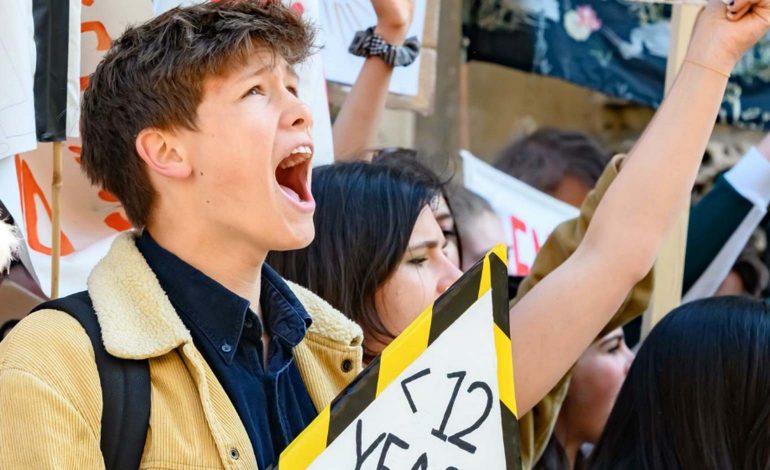 Speaking at the event, Wera Hobhouse said: “I’m here to listen to you, I’m taking your fight into Parliament and making sure our parliament listens up.

“I wish more of my colleagues would actually take notice as well. I think the government has failed us so far. I understand urgent action is needed.”

Friday’s event was the third Youth Climate Strike in Bath; the previous two were held on 15th February and 15th March, the latter having several hundred young people in attendance.

The strikes are part of a worldwide movement of young people, inspired by 16-year-old Swedish climate activist Greta Thunberg.