A University of Bath engineer has been appointed a Senior Research Fellow by the Royal Academy of Engineering to investigate the geology beneath the High Speed 2 (HS2) rail route as it is built. 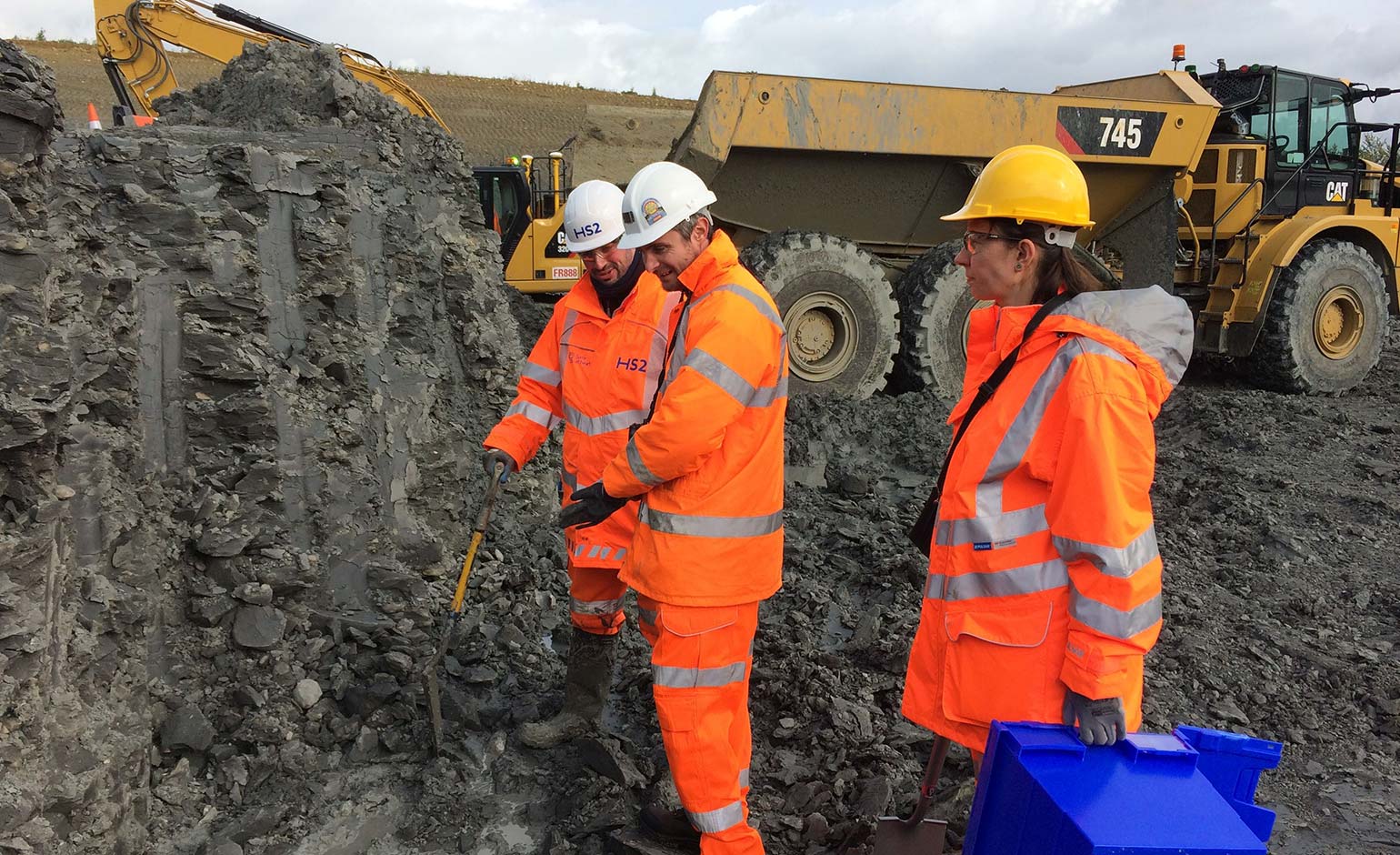 Photo courtesy of the University of Bath

Taking advantage of exposed mudstone during the project, Dr Kevin Briggs, a lecturer in Bath’s Department of Architecture & Civil Engineering, will examine the engineering properties of material underlying the HS2 route in order to improve understanding of its impact on infrastructure and buildings projects.

The five-year partnership between HS2, Bath and the Royal Academy of Engineering will focus on the civil engineering properties of UK mudstones, including those of the Lias Group and Mercia Mudstone, which are common across much of England and parts of Wales.

These mudstones were formed during the Jurassic and Triassic periods between 150million and 250million years ago when, for much of this time, the area that is now between London and Birmingham was under a warm, tropical sea and much closer to the equator.

Dr Briggs’ study will draw on over a million soil and rock samples and tests obtained as part of HS2 Ltd’s ground investigation programme for Phase One of the project.

His findings will inform the design of the railway’s later phases further north.

A particularly interesting aspect of his work will also take advantage of a 15m-deep HS2 cutting through Jurassic mudstone at Boddington in Warwickshire which has been excavated in advance of the Main Works for research.

The primary research aim is a detailed investigation of ‘heave’: ground movements that occur when the weight of upper layers is removed in a deep, open excavation. Dr Briggs will use the cutting to calibrate the findings of his laboratory research at a full engineering scale.

The Warwickshire site was prepared by EKFB, the lead civil engineer for HS2 north of the Chilterns to south of Kenilworth.

The work saw almost a quarter of a million tonnes of material excavated over three months, which will be stored on site for reuse along the railway.

Dr Kevin Briggs said: “Heading north from London is, in geological terms, going back in time as London Clay passes into a sequence of much older mudstones.

“In comparison to the big urban areas of London and Birmingham, the area in between has seen less development, and has therefore not been studied by engineers in such great detail.

“This is an exciting opportunity to enhance our understanding of the detailed engineering properties of these older geologies.

“The Royal Academy Fellowship enables me to step back from my day job at the University of Bath and devote five years to examining the engineering properties of material underlying the HS2 route to provide a legacy of learning from the programme for the benefit of future generations.”

HS2’s Head of Geotechnical Engineering, Nick Sartain, said: “The benefits of Dr Briggs’ five-year study of these mudstones will be far reaching: greater understanding of their engineering properties will enable more economic design across large parts of the railway as we will learn to work in, and with, these materials more efficiently.

“For example, it may allow engineers to reduce the quantity of concrete in foundations or the overall volumes of excavations.

“This will also have environmental benefits, including reducing the carbon footprint of HS2’s construction through savings in construction materials, lorry movements and fuels.

“As mudstones occur across much of England and Wales, as well as oversees, the knowledge gained from Dr Briggs’ work will not only inform HS2’s design but also the future design and construction of buildings and infrastructure in many UK locations and beyond.”

Councillor ‘gobsmacked’ by level of support for lockdown laptop appeal