Police officers have returned a stolen bicycle to its original owner in Batheaston, after it was recovered thanks to the help of the local community. 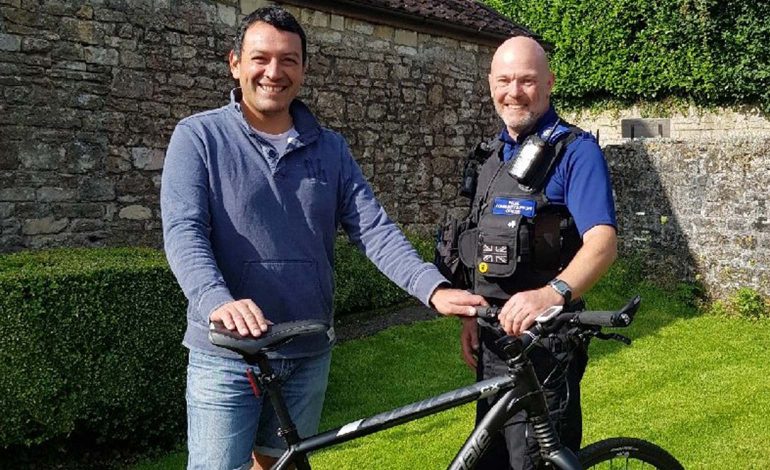 The bike was stolen on 16th July from the owner’s home in Batheaston, an area that was recently targeted by thieves who stole eight bikes from five different properties.

A number of the stolen bikes were found in various locations by local residents and through a combination of assistance from the community and follow up enquiries conducted by police officers, four out of the eight bikes have so far been recovered with two having been returned.

PCSO Rich Riley, who returned this bike, said: “It’s great to be able to reunite this owner with his bike.

“We are really grateful to the local Batheaston community for their help and support in recovering these bikes which has most definitely supported our investigation.

“We understand that a number of bicycle thefts have come as result of owners selling their bikes online.

“We ask sellers to be cautious when giving out personal information such as their home address and where possible meet potential buyers in public places.

“We are also still hearing from victims who had their bikes stolen who haven’t recorded the details of the bicycles, taken pictures and registered them online.

“This makes it even more difficult to recover and return the bikes so I encourage all bike owners to follow our latest advice.”

Avon and Somerset Police has issued the following tips to keep your bicycles safe from thieves: