A 27-year-old man from Bath has been arrested on suspicion of possession with intent to supply Class A drugs, after being seen acting suspiciously by police officers. 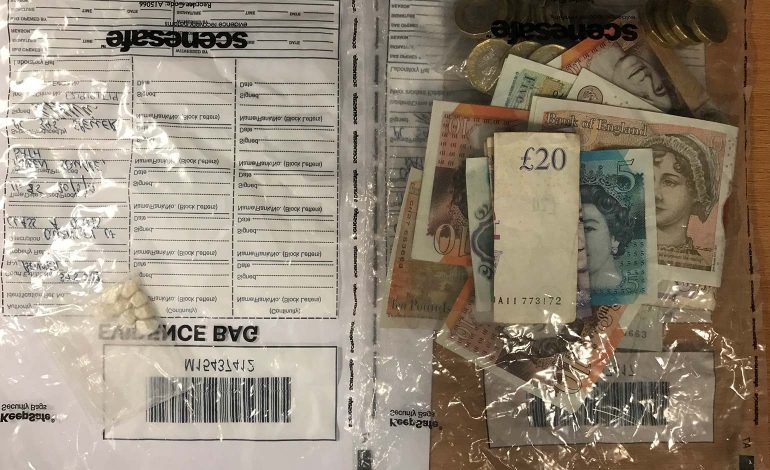 On Tuesday 20th August, officers received intelligence that a man was conducting suspected drug dealing activity in the centre of Bath.

A search found the man to be carrying eight wraps of suspected crack cocaine, a quantity of cash and two mobile phones.

The man has been released under investigation whilst enquiries continue.