Officers from Avon and Somerset Police are reissuing an appeal in a final bid to identify the rightful owners of a number of bikes and tools that were seized in January. 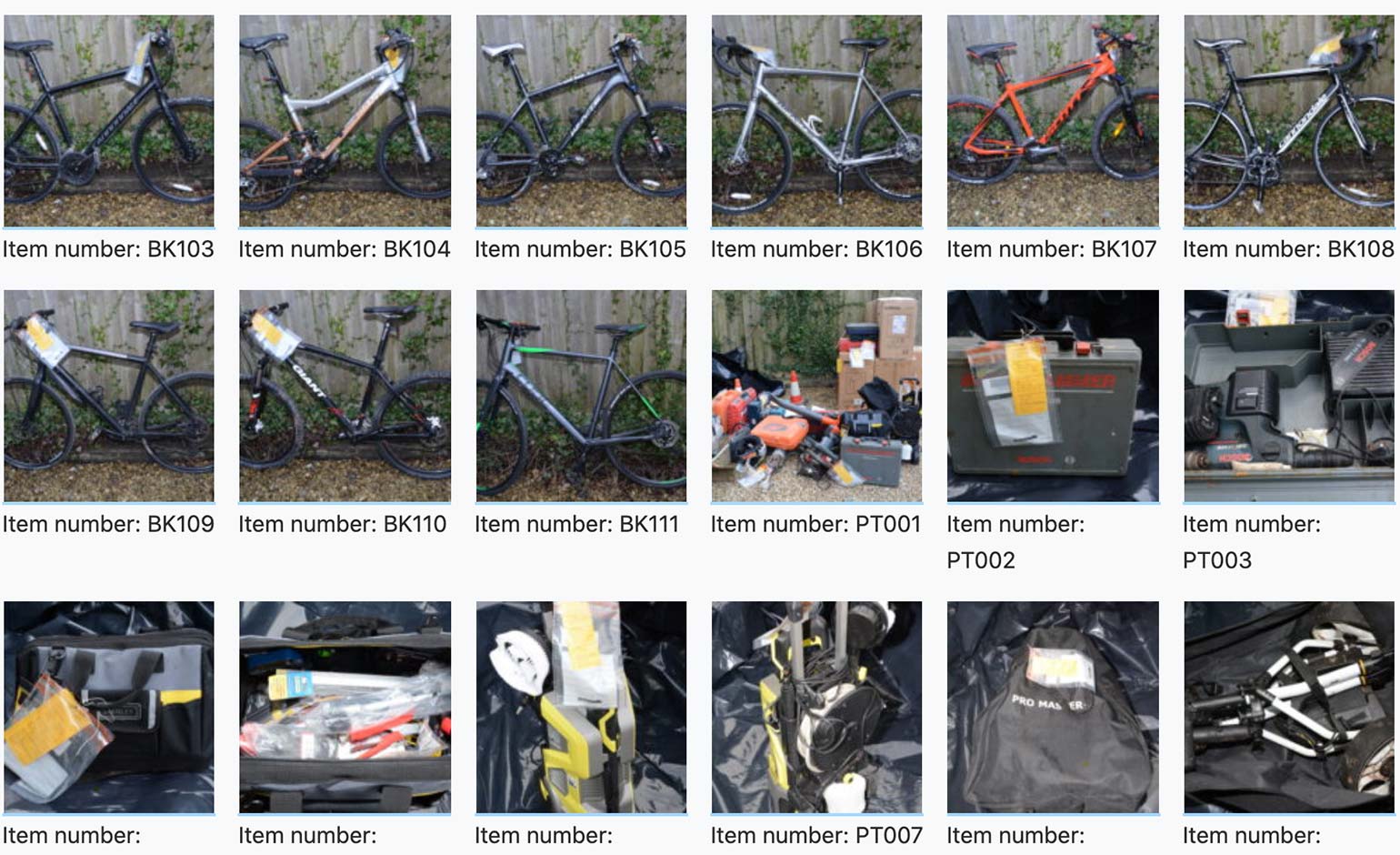 Since a dedicated online gallery of items was published in March, the owners of more than 20 items have been confirmed.

Officers had seized a haul of 125 push bikes and frames and more than 60 other items, mainly power tools, from an address in Hanham, but were only able to identify 11 bikes as stolen through searching police systems.

This was because many people don’t record the serial number and description of their bikes or tools and don’t mark them to make them identifiable either.

Police know that some people don’t bother reporting such thefts. This seizure shows it’s always worth reporting as well as the benefits of property recording and marking.

Officers still want to hear from you if you recognise an item as yours, even if you’ve claimed on your insurance and replaced it. Your statement could help officers build a case to take to court.

A man arrested in connection with the seizure remains released under investigation while enquiries continue.

To check if your stolen items are among the collection, visit www.avonandsomerset.police.uk/recoveredproperty.

You’ll then need to submit a short form with your contact details and proof of ownership/purchase.

Over the next few months, officers will arrange open day events to enable owners to collect their property, once the items are no longer needed as evidence.

Avon and Somerset Police take burglary very seriously and are committed to identifying, apprehending and bringing burglars to justice, and where possible returning stolen goods to their original owners.

You can make it harder for thieves to steal your bikes and easier for police officers to identify property as stolen by following these steps: