The way women offenders are being supported across the Avon and Somerset area has been highlighted in a national report by crime and justice specialists Crest Advisory. 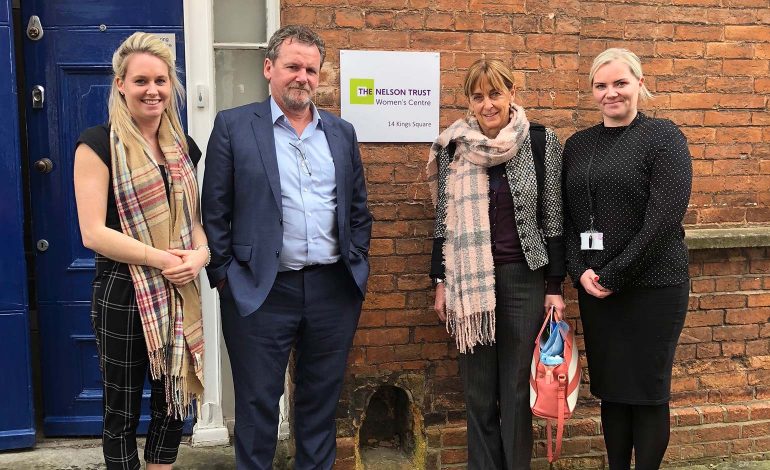 Avon and Somerset’s SHE (Support, Help and Engagement) programme provides evidence to the debate that women offenders need a different approach to men due to their different offending patterns, needs and vulnerabilities.

The Crest Advisory research highlights the lack of community-based provision and high thresholds for services, such as mental health and substance misuse, making prison often the only place many women actually receive the support they need to turn their lives around

The report adds weight to the argument that offenders, particularly women need personalised and tailored approaches, to deliver a better balance between punishment and rehabilitation.

“I knew I was in trouble, I signed up to see the doctor and was told there would be a three month waiting list. I’ll be dead in three months, so I’d be better to go to Eastwood Park,” said an offender at HMP Eastwood Park.

In Avon and Somerset – SHE was launched September 2017. The scheme applies to any woman who is arrested for a low level offence, and is over the age of 18.

It’s a voluntary referral scheme, where women are offered support and intervention to prevent reoffending.

Those referred to the scheme are provided with an initial appointment with a SHE worker at a local female support hub, delivered by the Nelson Trust.

Following an assessment, an individualised support plan that is tailored to their needs is put together and agreed with the woman, which aims to address relevant issues such as accommodation, mental and physical health, finance and relationships, through referrals to specialist services and one-to-one support.

A specialist women support worker said: “The women referred to the project in the past haven’t and still don’t know where to go to get help, or even to identify they need help, and it takes getting into the criminal justice system for them to get the help they needed.”

In March, Police and Crime Commissioner Sue Mountstevens visited the Nelson Trust’s new women’s centre in Bridgwater, Somerset, which supports SHE and fills a gap in local women services.

“We must not forget that by helping women offenders we can also help their children too. National figures from 2010 show that over 17,000 children were separated from their mothers by imprisonment and only 5% of children with a mother in prison were able to stay in the family home.

“The SHE project is vital to improve the outcomes for women and families and to help reduce reoffending.”

Sarah Kincaid, Head of Policy and Insight at Crest Advisory added: “Our report, which draws on extensive deep-dives in two major police force areas, provides a blueprint for reducing women’s offending and the numbers going to prison.

“We set out how local services (and budgets) need to be brought together to address women’s vulnerabilities; from mental health problems or financial hardship to domestic abuse or substance misuse.”

Women make up about 5% of the prison population and 72% are serving a sentence of less than 6 months for predominantly non-violent offences.

The rates of self-harm are five times higher for than in men’s prisons.

You can read the Crest Advisory report here.