The rail industry is urging passengers to travel safely around the railway when travelling to and from the Bath Christmas Market as crowds flock to the city. 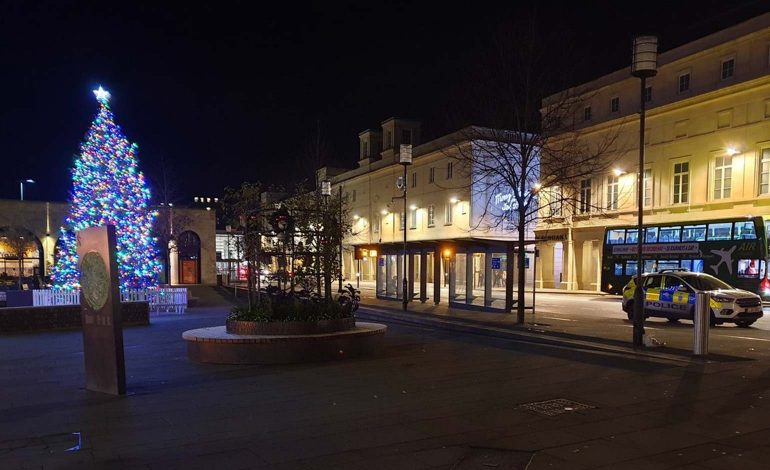 The event, which began on Thursday 28th November and runs until Sunday 15th December, expects to attract thousands to the centre, with over 400,000 visiting last year.

With many choosing to travel by train, the rail network will see a significant increase in passengers travelling to and from Bath over the market period.

As a trend, the run-up to Christmas sees a spike in the number of drink-related incidents on the railway across Britain, including slips, trips and falls at stations as well as more serious trespass offences.

Incidents rise to an average of 25 a day over Christmas across the UK – double the amount compared to previous months, and recent figures show a 30 per cent increase in alcohol-related incidents on the railway in the last decade.

In addition to safety concerns, more than 4,300 hours of delays nationally were attributed to alcohol-related incidents last year, causing misery for rail passengers.

British Transport Police will have additional high-visibility patrols at Bath Spa Station and on trains to prevent crime, provide reassurance to passengers and support the smooth running of the event.

Passengers are advised to stay safe by:

Inspector Ian Bevan, British Transport Police, said: “We want to make sure everyone enjoys the festivities at Bath Christmas Market and we’ll be working closely with our partners to ensure everyone does so safely.

“The railway can be a dangerous place, so we ask passengers to take extra care of themselves and others at this busy time of year to make sure they have a safe journey.

“We’ll have extra patrols in place across the network and we’ll be here to help anyone who needs it.”

Paul Clark, interim safety director for Network Rail, Wales and Western added: “We know that the number of alcohol-related incidents on the railway rises during the festive period, which is why we have joined our BTP colleagues in this campaign to encourage responsible drinking, especially near the railway.

“When out and about this Christmas, make sure to stay safe when near the railway, in stations and at level crossings and don’t be afraid to ask for help.

“Our staff want to make sure that everyone gets home safe everyday – whether that’s today, tomorrow, or after your Christmas party.”