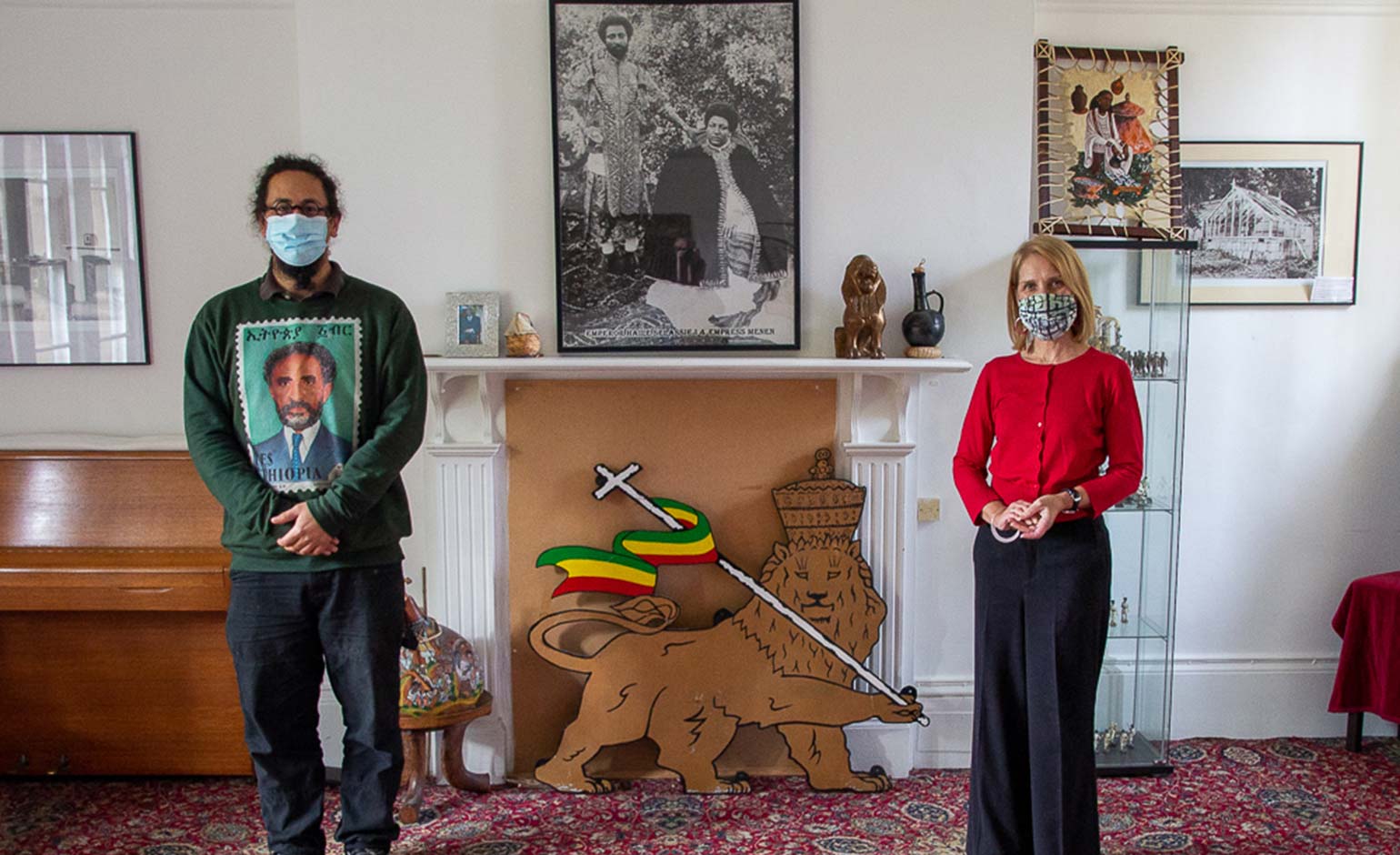 Fairfield House, off Kelston Road in Newbridge, was bought as a family home by the Ethiopian Emperor, His Imperial Majesty (HIM) Haile Selassie I, while he was in exile as a war refugee in the UK from 1936 – 1941.

It was also the seat of the Ethiopian government in exile during that time.

Fairfield House was gifted to Bath by HIM who, grateful for the warm welcome shown by local residents, left his house to the city as a home for the aged.

The building is still used for daycare today. Because of its links to this globally significant historical figure, Fairfield House is hugely important to Rastafari worldwide, the Ethiopian community, and to the residents who use it.

The visit took place on the national charity Show Racism the Red Card’s annual Wear Red Day, and also in the middle of Black History Month.

Ms Hobhouse was given a tour of the grounds and the house by volunteers. She had traditional Jamaican lunch with volunteers and elders who still meet, with strict COVID distancing protocols, for meals and to socialise.

Wera said: “I am very grateful to everyone at Fairfield House for their very warm welcome, for teaching me about HIM’s legacy, and for a delicious lunch. Fairfield House is a place of great importance to our local community and to a much larger global community.

Fairfield House Bath CIC Director Ras Benji said: “We were so happy to welcome Wera to Fairfield House, a precious gift to the city from the ‘Father of Africa’.

“A safe haven for Bath’s elderly BAME community for decades, a home from home for Ethiopians outside of Africa, a place all can visit to explore the historic legacy of Emperor Haile Selassie I and the most sacred place to Rastafari in the UK.

“We are most anxious to rescue and preserve this special landmark for future generations.”

Councillor Richard Samuel, Cabinet Member for Resources, added: “The Council is committed to working with Fairfield House Bath CIC to secure the future of this Council-owned building for future generations.”

Bath homeowners being encouraged to get their home ready for winter