Police have revealed the whereabouts of the most active speed cameras in the Bath and North East Somerset region.

And some of them are prolific, detecting thousands of speeding offences every year.

The ten most active cameras for each local authority area are listed below.

The data describing which cameras detected the most speeding offences in 2018/19 was provided by Avon and Somerset Police in response to a Freedom of Information Act request.

Not all offences are dealt with by way of a fine.

A notorious road in Bath where four people died in 2015 is the site of the most active speed camera in Bath and North East Somerset.

Four-year-old Mitzi Steady was among those killed when the brakes of a 32-tonne truck failed on Lansdown Lane in Upper Weston.

Last year, a speed camera on the steep lane near the junction with Eastfield Ave issued more than 7,500 tickets, including nearly 2,600 instant fines. 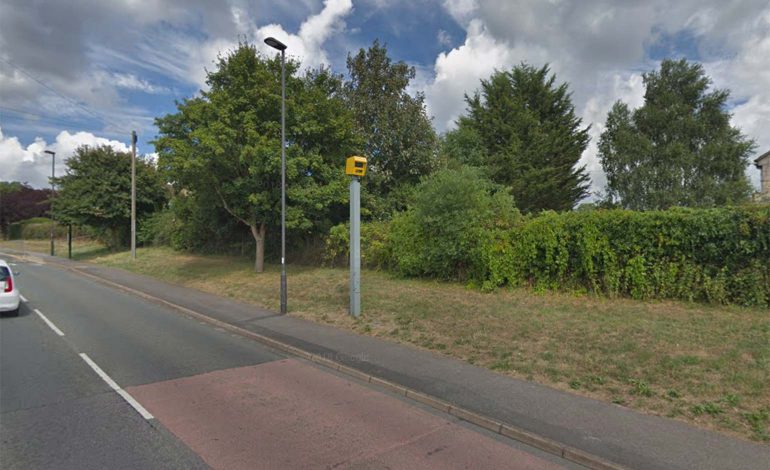 The speed camera on Lansdown Lane in Bath | © Google 2019

In North Somerset, a speed camera near a primary school in Worle issued the most tickets last year.

It’s the fourth year in a row that the camera has snapped the most speeders in the district, and has detected more than 10,500 speeding offences in that time.

A speed camera on the M4 between the exits for Bristol and Almondsbury was the most active in South Gloucestershire last year, resulting in more than 12,300 tickets.

Nearly 4,000 speeding fines were issued by the camera on the carriageway eastbound at J20-19.

It has detected more speeding offences than any other camera in South Gloucestershire for three out of the last four years.

The camera near the Severn Beach line overbridge issued more than 20,700 tickets last year, but this was nearly 6,000 fewer than it issued the year before.

Before that, a speed camera on the A4018 Westbury Road, near the junction with Downs Road, was the most active in Bristol. But it resulted in far fewer tickets, with nearly 2,400 issued in 2016/17.

The minimum penalty for speeding is an £100 fine plus three penalty points added to the offender’s licence, but not all offences are dealt with by way of a fine.

Anyone caught doing up to 9mph over the speed limit can opt to go on a speed awareness course instead.

Those accused of going up to 20mph over the limit can challenge the ticket in court and those caught going even faster must attend a court hearing.