Recent archaeological discoveries at Bath Abbey, including Saxon charcoal burials thought to date from the 8th or 9th century, are shedding new light on how the site was used for Christian worship. 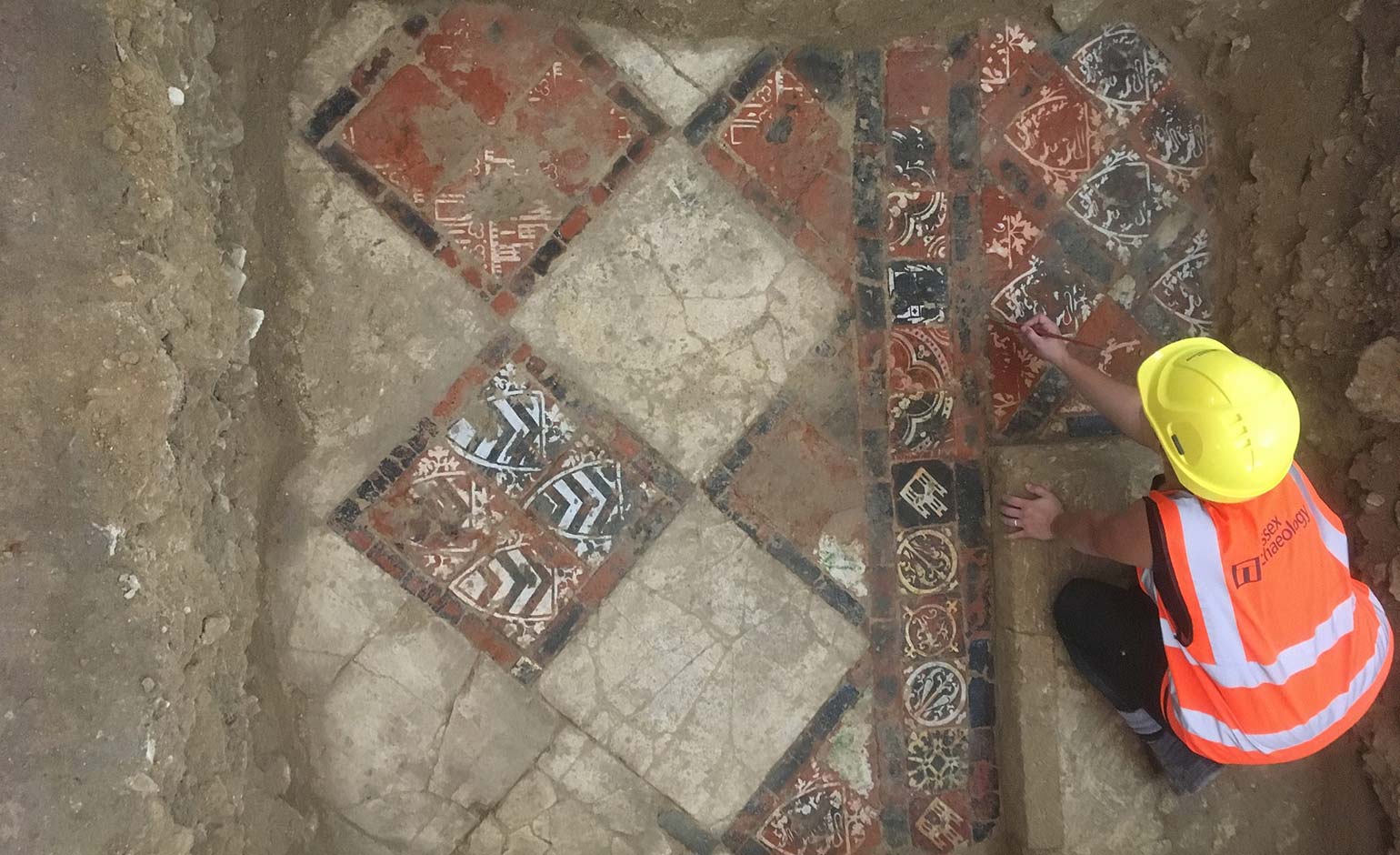 The charcoal burials and an exquisitely carved medieval angel’s head dating back to the early 15th century, are revealing how the site was developed and used for Christian worship from Anglo-Saxon times to the present day.

Before the Abbey church was built in the early 1500s, this had been the site of both a celebrated Anglo-Saxon monastery and one of the largest cathedrals in medieval England.

Archaeologists from leading archaeological and heritage practice Wessex Archaeology have deployed a whole suite of cutting edge scientific recording techniques, including 3D modelling, during their investigations for the Bath Abbey Footprint project. 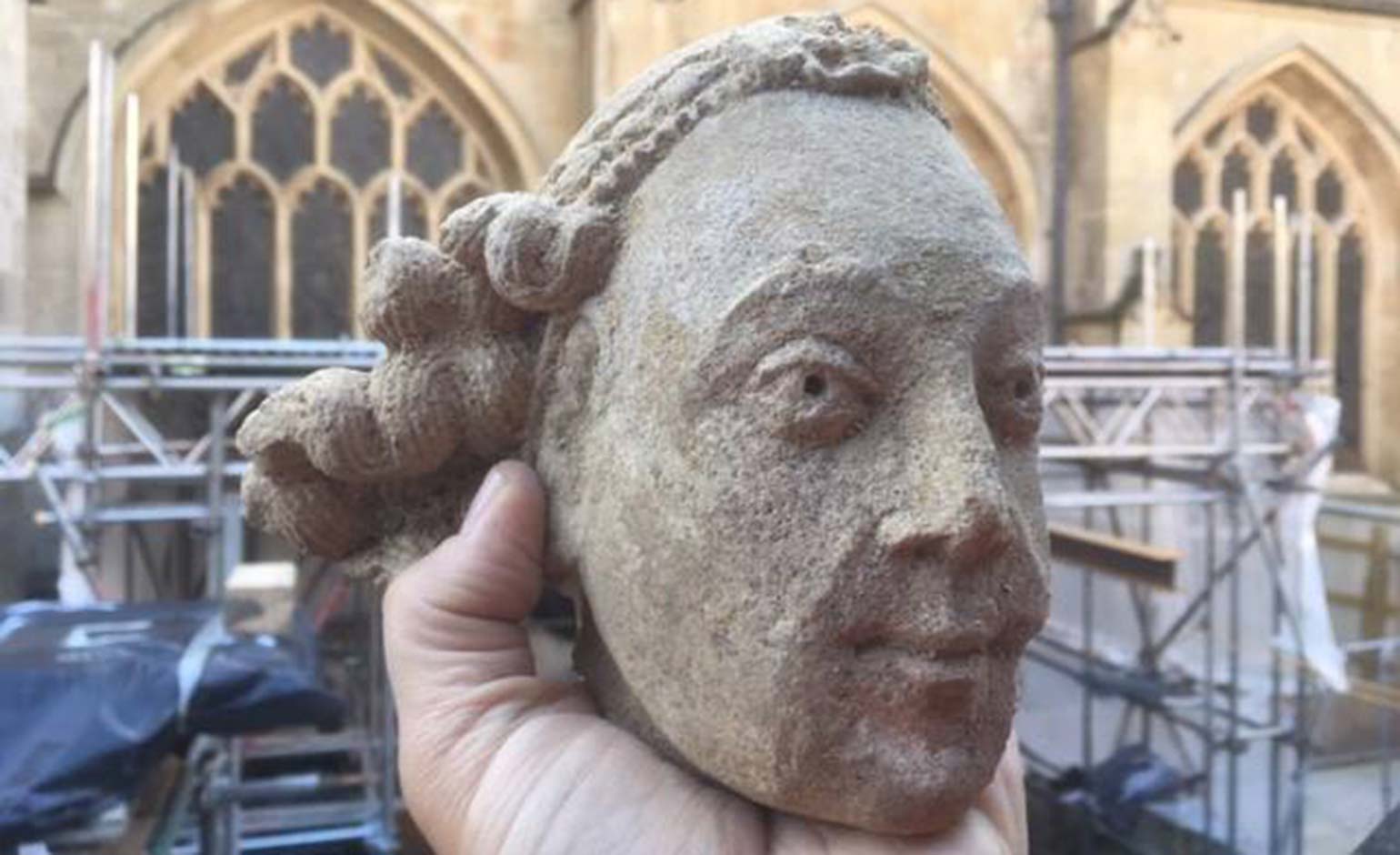 During Wessex Archaeology’s work in the vaults below street level, Saxon burials were encountered, including rare ‘charcoal burials’. This unusual burial rite entailed laying the body or coffin on or under a layer of charcoal, or in some cases both.

Kirsten Egging Dinwiddy, Senior Osteoarchaeologist at Wessex Archaeology, explained: “During this period, cleanliness of both the body and spirit were potent religious concerns, so charcoal might well have been chosen for its absorptive powers – not necessarily to prevent the corpse from polluting the surroundings, but also to protect the ‘clean’ remains from the ‘unclean’ cemetery soil.

“Charcoal, like ash, was also symbolic of purity and penitence, in these instances perhaps relating to the mourners as much as the deceased.”

The original Anglo-Saxon monastery at Bath is believed to have been established in AD 675. The monastery church of St Peter was famously the site of King Edgar’s coronation as the first King of England in AD 973.  Part of the Saxon monastery’s cemetery is located to the south of the present-day Abbey.

The later Norman Cathedral was built between the 1080s and the 1160s and was one of the largest in England, thought to measure over 100 metres in length.

Excavations have revealed that much of the foundation material for the 16th-century Bath Abbey is reclaimed Norman masonry.

In some cases, walls rest directly on top of the cathedral’s structural remains. Other Norman architectural fragments were recovered, such as an unusual head carved out of Bath stone, which archaeologists suspect may be a portrait of one of the masons who worked on the building.

The remains have been recorded using a technique known as photogrammetry, which will be used to create a highly detailed 3D model of the space.

The Middle Ages brought renewal and repair for the Abbey, with excavations revealing a remarkably well-preserved tiled floor with its vibrant colour still intact.

The tiles are known to have been manufactured at Nash Hill in Lacock, Wiltshire, and depict royal heraldic arms and images of griffins, birds, fleur-de-lis and an ‘abbey’.

Cai Mason, Senior Project Officer at Wessex Archaeology, said: “For the archaeologists involved this was probably a once-in-a-lifetime find. Having done further research we know that Bishop Drokensford arranged for repairs to the cathedral in the 1320s, which fits neatly with when we know these tiles were being produced.”

More medieval remains were uncovered in the vaults below Abbey Chambers. A beautifully carved ‘angel’ head was recovered from demolition rubble in the area of the former cathedral’s cloister walk.

Cai Mason explained: “Having consulted with architectural historians, the consensus is that the head is late-15th or early-16th century ‘label stop’, and it is quite unusual in that it is in the style of Renaissance Italian naturalism, which is rarely seen in England.

“We know that the nearby Prior’s Lodgings and Dormitory were rebuilt in the 1480s and demolished around the time that the rubble containing the head was dumped. It is possible that the sculptor may have been a travelling craftsman from the Continent.”

By the end of the 15th century, the cathedral was in a semi-ruinous state and was pulled down and replaced with the current Abbey in, what was then, a new and distinctive style.

Revd Evelyn Lee-Barber, Associate Priest at Bath Abbey, said: “It has been a delight to work with Wessex Archaeology as they dig down through the different layers of history below the Abbey floor for our Footprint project.

“We have been both surprised and thrilled by the discoveries made and it has been amazing to see finds from Saxon burials to fragments from the Normal cathedral that once stood on the Abbey site.

“Some of the finds have been expected, as we know there has been a place of Christian worship on this site for well over a thousand years, however, one of the most impressive finds for us was the Medieval tiled floor.

“Lifting the pews and repairing the floor is a once-in-a-lifetime opportunity; it will mean that we can maintain and make improvements to this beautiful building, and change how it can be used to better serve the city, visitors and future generations in making Jesus Christ and the faith of the church known.

“However, a massive bonus is that it has allowed us to discover important parts of the building’s heritage; things like these beautiful tiles which have been seen for the first time in centuries.

“If it wasn’t for the work carried out for the Footprint project we would have had no idea they were here.”

Some of the spectacular finds at Bath Abbey will be showcased on BBC Four’s Digging for Britain airing this evening, Wednesday 5th December, at 9pm.