Almost 70 households in Peasedown St John’s south western area have been excluded from BT’s superfast broadband roll-out, despite being within yards of two cabinet boxes. 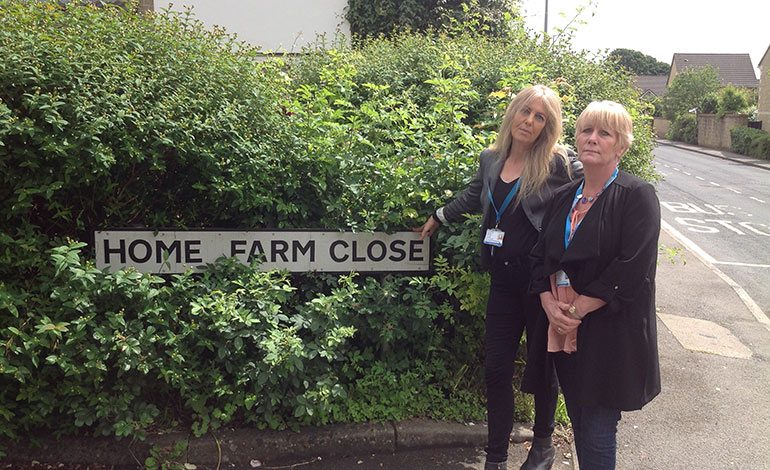 Other homes less than 15 minutes walk away do receive superfast broadband speeds.

Maps obtained by B&NES Councillors Karen Walker and Sarah Bevan (Independent, Peasedown St John) indicate that despite BT’s plans to improve coverage during phase 2 of its coverage improvement plans, Home Farm Close, Wellow Mead and some homes in Wellow Lane are in so-called ‘white areas’, where there are no plans for new coverage.

Cllr Karen Walker said: “I first came across the lack of superfast broadband speeds in our area last year when I attended a Somer Valley Forum meeting.

“I’m shocked that Peasedown St John residents are not treated equally as they should be, especially those who work from home and who are setting up businesses without access to the same speeds as their neighbours.”

Karen and Sarah are drafting a complaint to BT in co-operation with Bath and North East Somerset’s Business Development officers calling for urgent attention to this unjustifiable and unnecessary omission for local residents, many of whom live just feet away from neighbours who do receive high broadband speeds.

Cllr Sarah Bevan added: “When Home Farm Close residents recently contacted us about their lack of high speed broadband, we took action to find out why.

“Now that our research has shown that probably through administrative error certain postcodes have been excluded in BT’s promised coverage, we know it’s just a simple connection problem to existing infrastructure. BT should act straight away to rectify this.”

Karen and Sarah recently met with council staff, and residents in Home Farm Close, to discuss the lack of broadband coverage.

They’re hoping that through lobbying, BT will make the necessary improvements as soon as possible.

BT issued the following statement: “Across the South West of England, well over two million households and businesses can now get fibre broadband – and the number is continuing to increase rapidly.

“We very much understand the frustration of residents who can’t yet get this exciting technology and we are working hard to make it as widely available as possible.

“Fibre broadband is now available to the great majority of premises in this area, but unfortunately the solution for a relatively small number of premises is more complicated because they are connected directly to the local exchange on ‘exchange only’ lines, rather than via a cabinet.

“Although these premises are not yet included in any current fibre broadband rollout programme, this most certainly is not the end of the story.

“One possibility could be a Community Fibre Partnership in which the local community co-funds the extra work with BT’s local network business, Openreach. The Connecting Devon and Somerset (CDS) partnership has also indicated it is making plans for further superfast broadband investment in Devon and Somerset.”