The popular Bath Spa Band, the Bath-based brass band, have announced they are changing their name from 12th October, to better reflect their links and future with the city. 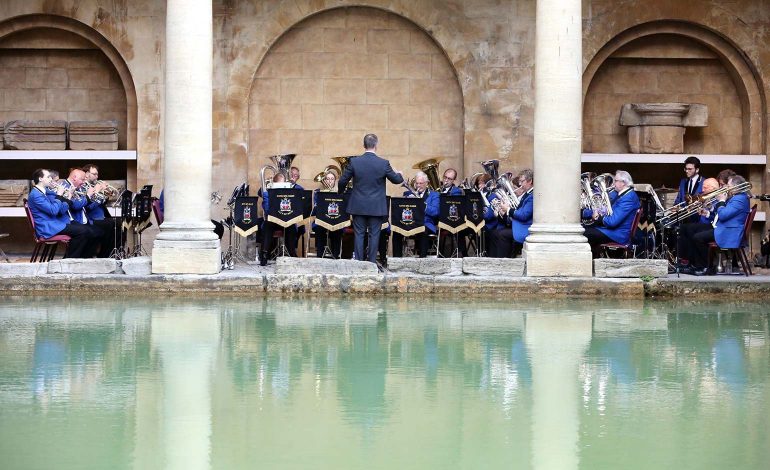 The band will become City of Bath Brass Band in order to clarify and develop their links with the city and the Mayor of Bath, the Band’s Patron as they move towards their centenary in 2021.

Band Chairman Ken Ash said: “We hope that by becoming City of Bath Brass Band, we will establish closer links with the City which we love and develop a stronger identity.

“Since Bath Spa University became such a large organisation, we have found that many members of the public become confused and think we are a University ensemble.

“We are in fact, a community brass band, in existence for 98 years and have members from all walks of life as well as Bath’s two Universities.

To celebrate, the band are holding a free inaugural concert at St Michael’s Without, Broad Street, Bath on Saturday 12th October from 7.30pm, which is open to all.

Tickets are available from Bath Box Office via 01225 463362, www.bathboxoffice.org.uk or on the door.

Established in 1921 as the St James Mission Band, the band was part of St James Church in the city centre which was later destroyed during the war.

By 1930, the name was changed to the Bath Spa Imperial Band when the church fell out with the band, disapproving of its involvement in contesting which was strictly against church rules.

The band managed to reform following World War 2 with a new uniform derived from surplus special constable’s uniform which led to a very successful period, winning many prizes in band festivals and contests.

By 1968, the band had dropped “imperial” from its title and was then known simply as the Bath Spa Band until the present day.

The 1980s saw a change of conductor and the band’s first trip abroad when it represented the City of Bath in its twin City Alkmaar.

The Training Band was also set up to help numerous players, young and old progress into the senior band.

The Training Band is still thriving to this day. The Mayor of Bath became the Band Patron in 2002 to reflect the close relationship to our home city.

Bath Spa Band represented Bath in Harrogate at the Third Section National Finals in 2008 after achieving second place at the Regional Finals in Torquay.

Several members have been involved in the recording of the BBC series Larkrise to Candleford and were also featured on The One Show.

They continue to play at many events throughout the year including civic engagements, fetes, bandstands and charity events as well as competing at local and national contests.