New drone technology is to be used to assist in responding to fires, searching for missing people and supporting large scale rescues following an investment by Avon Fire & Rescue Service. 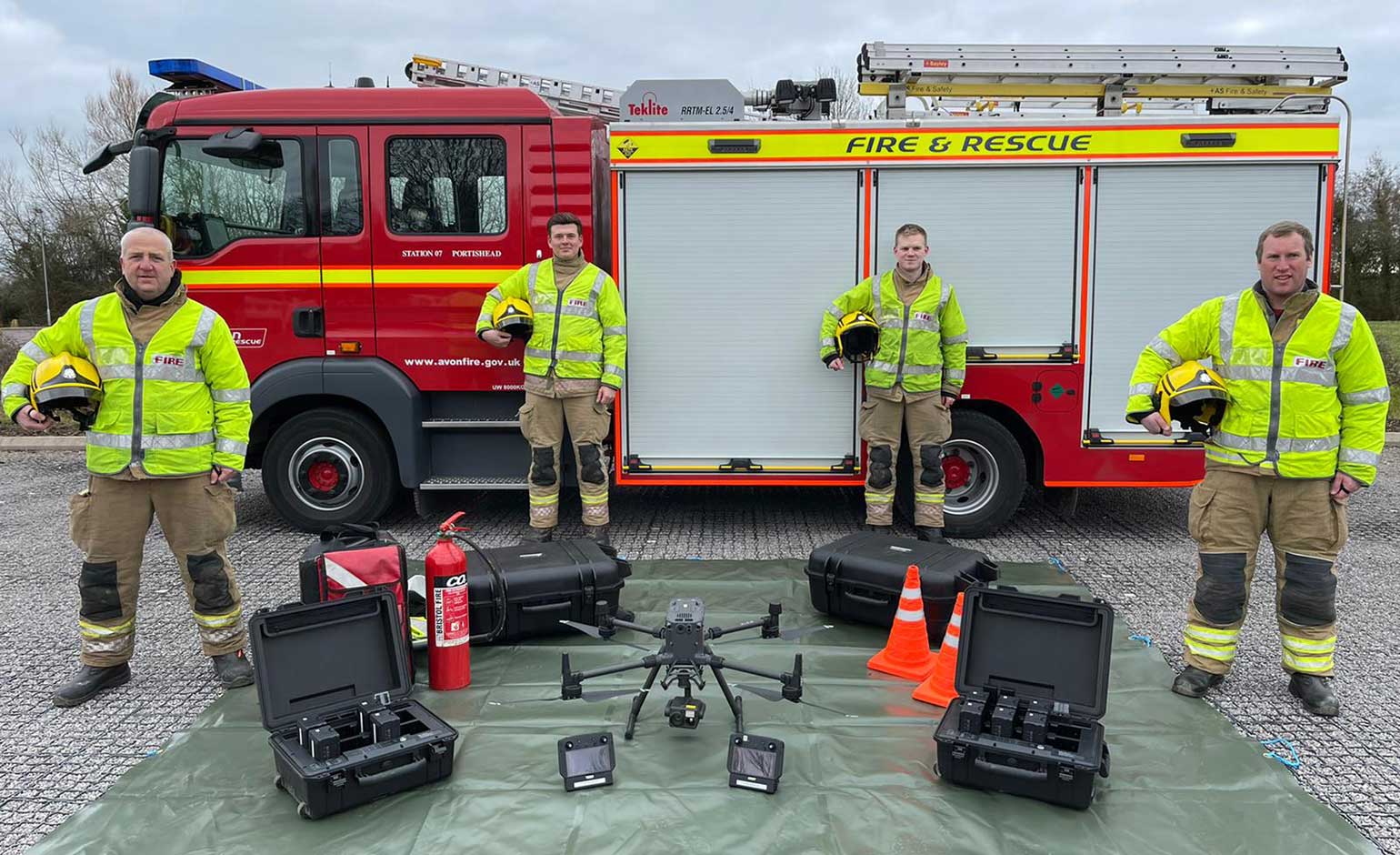 Two new drones will be used to improve the response to large fires, road traffic collisions and major incidents.

Rescues from heights and on water will also benefit from a new vantage point gained by using drones.

Footage from the drones, with thermal and advanced imagery, will be streamed securely to incident commanders, on the ground and remotely, to inform decision making at the scene.

The drones can be deployed into high risk environments and improve firefighter safety by identifying key risks and reduce deployment of firefighters into dangerous situations.

Dave Hodges, Temporary Area Manager, said: “We are really excited to see drone technology being implemented within the Service.

“This is an initiative that has never been in Service before and will undoubtedly prove advantageous in protecting our communities.

“The drones will be deployed to large fires and other incidents to give an area perspective to incident commanders.

“They will give us the ability to feed footage to our command units and other remote units to enable group commanders to observe incidents remotely.

“This is also a great opportunity for our on-call firefighters as the drones will be based at Portishead fire station, crewed by our on-call staff. Those involved with the initiative have gone above and beyond in their commitment to ensuring the success of this project.”

Sean Perry, Temporary Watch Manager B, Risk Intelligence Unit added: “The drones have HD camera capability with multiple functions – including a high zoom lens and thermal imaging. We will be using DJI M300 drones with the H20T camera payload.

“The thermal imaging camera can be used to assist at incidents where ordinarily fire crews wouldn’t be able to access and will provide support at large scale incidents by allowing a broader oversight of the scene.”

The team responsible for operating the drones recently completed a week-long training course, where they learned how to operate the drones in assisting them in their response to fire and rescue incidents.

The team have also now been granted Operational Authority by the Civil Aviation Authority (CAA).