The Wiltshire Air Ambulance charity is highlighting its work in Bath as it reveals the number of incidents it attended in the city in 2020, a record number since it became a stand-alone service. 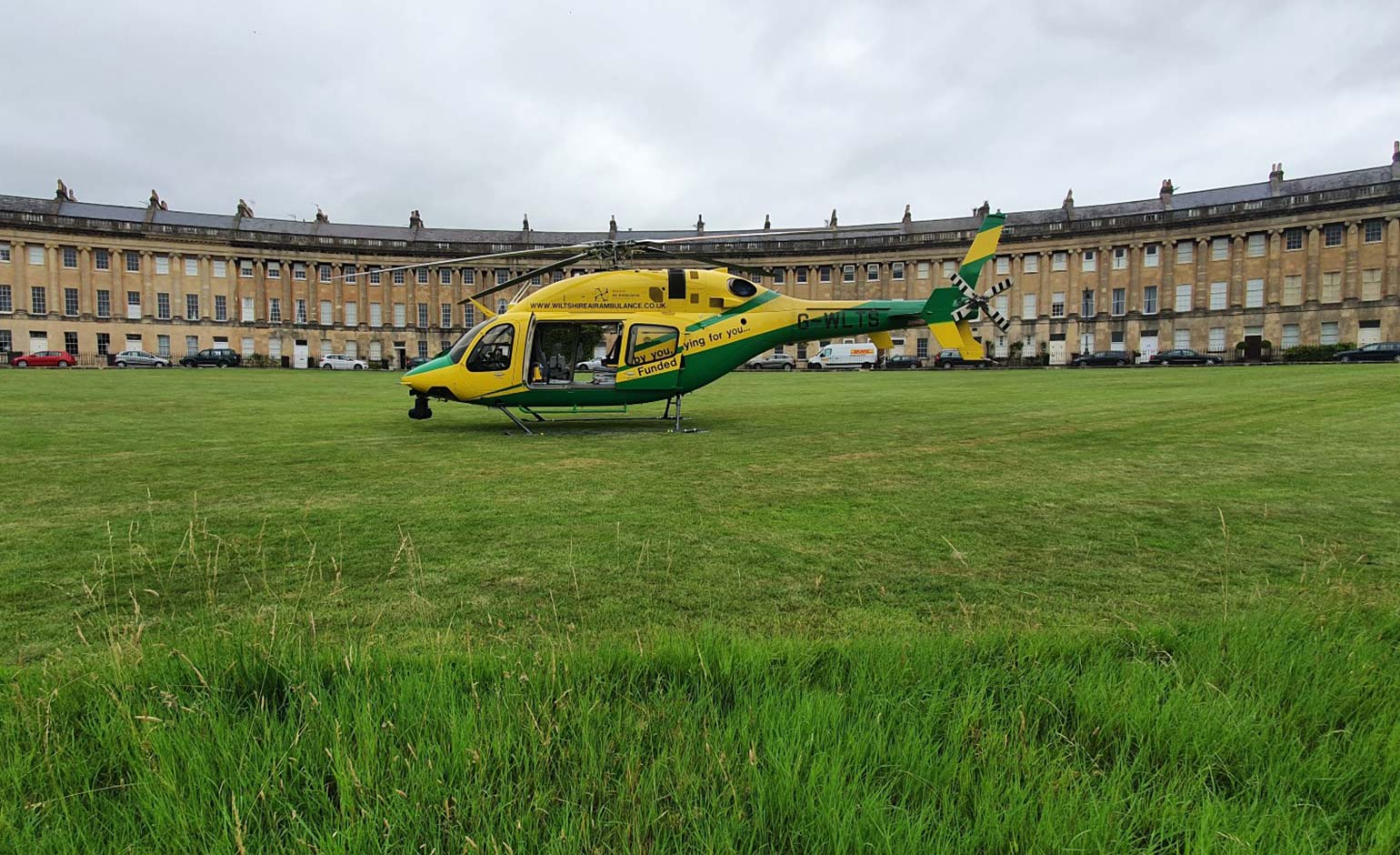 The charity carried out their lifesaving work in Bath 166 times last year; attending 80 incidents in the city and its surrounding areas, as well as airlifting/assisting patients to the Royal United Hospital 86 times.

It means Wiltshire Air Ambulance was tasked to Bath more than three times a week on average during 2020.

With its airbase in Semington, near Trowbridge, Wiltshire Air Ambulance’s helicopter can fly to the centre of Bath within just four minutes.

It shows, despite two national lockdowns due to the Coronavirus pandemic during 2020, and now a third, the need for Wiltshire Air Ambulance’s lifesaving service has never been more crucial.

David Philpott, chief executive of Wiltshire Air Ambulance, said: “Our aircrew has continued to operate on the front line throughout the pandemic, responding to incidents during a very challenging year – and 2021 looks like being just as difficult.

“We had to alter our operations suitably to ensure we could still be there for the people of Wiltshire and surrounding areas, including Bath.

“With all of our major events cancelled and community fundraising impacted by the pandemic, this has clearly had an effect on our income.

“That said, we have been taken aback by the response from our kind donors, who have surpassed all expectations for donations received in the past 12 months. For that, we are so grateful.”

Of the record number of 1,238 missions last year, 568 were by helicopter and 670 were in the Rapid Response Vehicles.

Wiltshire Air Ambulance is a charity and receives no regular direct funding from the Government or National Lottery grants.

Each year the charity needs to raise £3.75 million to continue flying and saving lives.