Plans for 96 student rooms, much-needed housing and an upgraded shop on the site of a former Oldfield Park cinema have been unveiled. 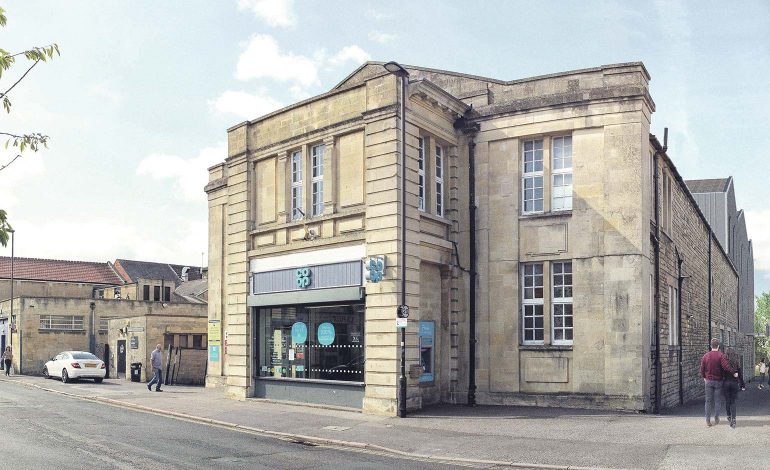 If approved, Rengen’s development will preserve the facade of the Scala and create a new hub for Norland College, a world-renowned trainer of nannies for royalty and the rich and famous that currently relies on various sites across Bath.

The Co-op that has been at the Shaftesbury Road site since 1961 is now unfit for purpose and will be upgraded, and Freedom Through Dance’s dance centre will be fully refurbished.

The plans say: “The ambition to combine much needed housing, along with an enhanced retail provision, community use facility at the Scala site are pivotal to both retaining and enhancing the quality and unique character of this place within the heart of Oldfield Park.

“At a time when local high streets are seen as unfashionable and continue to suffer on a daily basis due to wider economic pressures, there is real opportunity with this proposal to provide a new local development that is grounded on the specific uses and needs related to this place.”

The neo-classical former cinema opened in 1921 as the Oldfield Picture House, and then in 1935 was billed as the Scala, when it was also licensed for dancing, singing and music.

It was damaged and repaired during the Second World War, but in peacetime the growth of television saw its popularity decline.

The Scala Cinema closed in 1961 and the Co-op moved in soon afterwards.

The plans add: “The historic parts of the main Scala building will be retained. The remainder of the Co-op store (comprising the 1960s extension) will be demolished.

“The new extensions to the building proposed will stand clear as new additions to the 1920s cinema building and will be a significant improvement on the existing crude extension on the site.

“The building would remain as two storeys at the front and the new extension would incorporate three storeys, although significantly set back from the frontage of the historic façade.

“Ninety-six student rooms, including two accessible rooms, have been proposed in order to meet the brief given by Norland College to provide accommodation for their entire first-year intake.

“The intention of this is to consolidate Norland College’s first year accommodation from a disparate mixture of HMOs (homes in multiple occupation) throughout the city into a sustainable and purpose-built location nearby their teaching spaces on Upper Oldfield Park.”

The student accommodation will be in a self-contained block.

The application includes 32 one and two-bedroom homes flats, 10 of which will be affordable. They will have high standards of natural light, ventilation and thermal performance and be “generously proportioned”.

Eighteen car parking spaces will be lost and 100 for bikes will be added.

Rengen chief executive Iestyn Lewis said: “I am proud of Rengen’s portfolio of sensitive and sympathetic redevelopment projects throughout Bath and we’re excited to submit our planning application for the much-loved Scala building.

“If approved, this project will bring a new lease of life to the building and retain the fantastic frontage which is something of a local landmark in Oldfield Park.”

Some of Rengen’s previous projects in Bath include the former Labour Exchange building on James Street West, Widcombe Social Club and the Bath Sea Cadets headquarters on St John’s Road.