Organisations across the West of England are being urged to sign a new charter to stop companies sacking workers with a terminal disease. 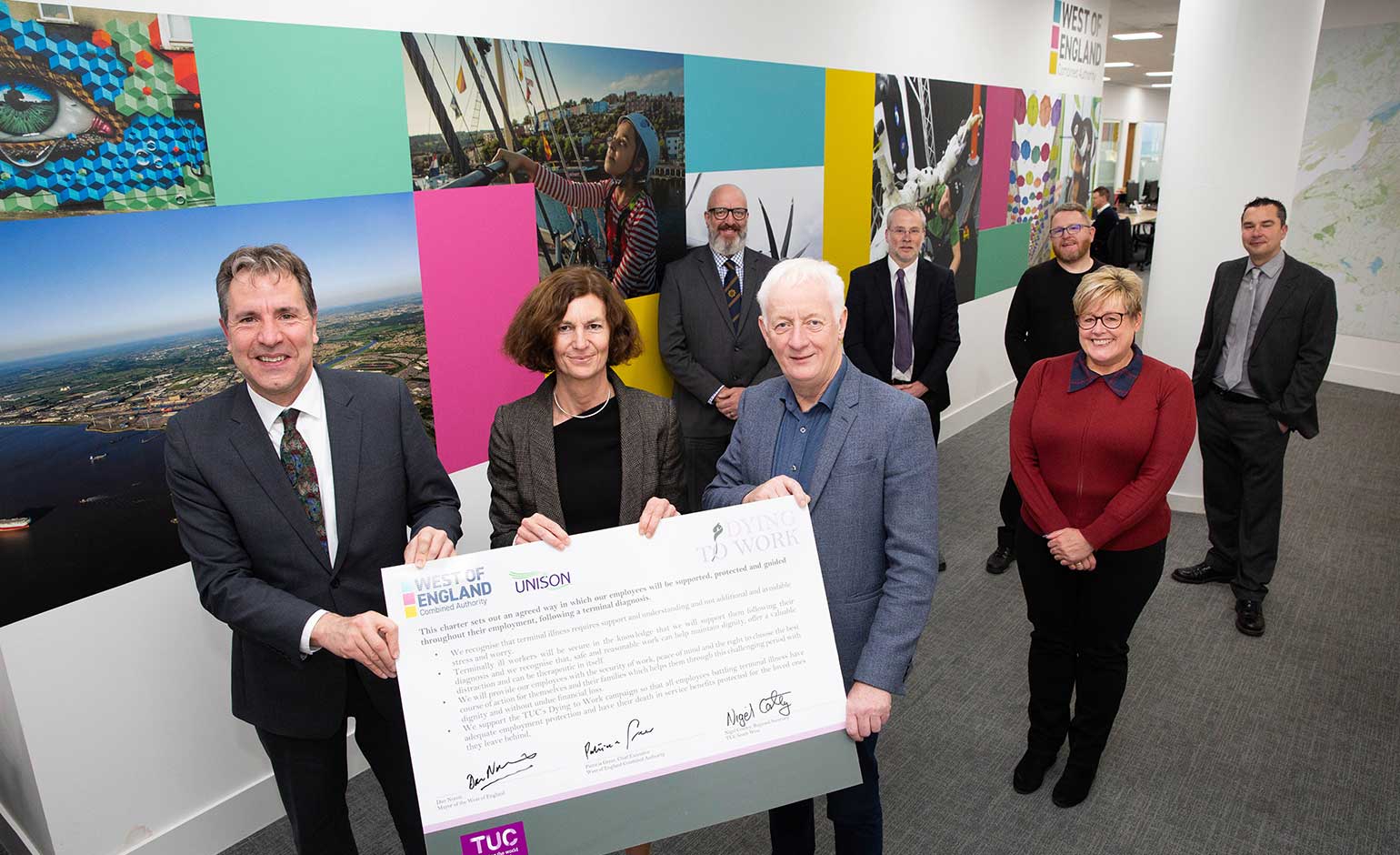 If you get the worse possible news from a doctor that you have a terminal illness, the last thing you want to be worrying about is job security and paying the bills.

Currently, there are no laws in place to stop a company from sacking a worker in such a position.

West of England Metro Mayor Dan Norris is encouraging local organisations to sign up to the nationwide “Dying to Work” charter to ensure that staff will get the best possible support if they get such news.

Dan Norris, who leads the West of England Combined Authority, has signed up the organisation to the Dying to Work charter alongside Chief Executive Patricia Greer and TUC Regional Secretary Nigel Costley.

The charter sets out an agreed way in which employees will be supported, protected and guided throughout their employment, following a terminal diagnosis.

Terminally ill workers will be secure in the knowledge that they will be supported following their diagnosis and provided with the security of work, peace of mind and the right to choose the best course of action for themselves and their families without undue financial loss.

More than a million workers nationwide are now covered by the charter.

Metro Mayor Dan Norris said: “This is about doing the right thing and workers and their families peace of mind.

“I want them to know that should anyone receive the very difficult news of a terminal illness diagnosis that their employer stands with them.

“Fundamentally, this is about giving those with a terminal illness the right to choose to stay in work, and to give them the dignity they deserve.

“I would urge other businesses across the West of England to sign the Charter too.”