The final revisions to the design of the proposed Stadium for Bath development, regenerating the riverside between Pulteney Bridge and North Parade, have been revealed. 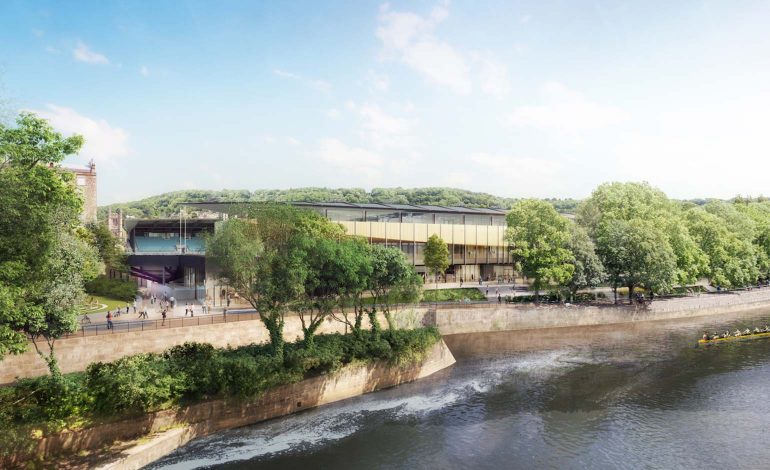 The latest designs for the planned community and sporting stadium at the Rec follow extensive consultation with residents and representatives across Bath.

A planning submission for the project is expected to be made early in the New Year.

Key changes in the latest proposals for the controversial stadium include a 5.1 metre height reduction, the retaining of mature trees along the riverside and a hybrid playing surface available for use all year round.

Throughout the process, the team behind Stadium for Bath have sought feedback from a broad range of stakeholders, including residents close to the Rec.

They have also consulted extensively with B&NES officers, Historic England and the Environment Agency along with other statutory stakeholders, and Bath Preservation Trust.

If given permission, the new 18,000 capacity stadium will not only retain Premiership rugby in the city centre but it’s also expected to create hundreds of new jobs in construction, operations and hospitality and offer a multi-million-pound boost to Bath’s economy every year through visitor spending.

Tarquin McDonald, Bath Rugby Chief Executive said: “For 125 years we have played our rugby at the Rec. This project is about the next 125 years and beyond.

“Keeping sport in the heart of the city is the catalyst for this project, but we are also incredibly proud of the opportunity to regenerate the riverside creating an amazing place for everyone to enjoy; of the significant social legacy we will build through the delivery of education and employment programmes being run on the site every day of the year and of the opportunity to promote grassroots community sport.

“We are passionate about the potential to support electric vehicle take-up in Bath; and of the significant boost Stadium for Bath will bring to our local economy.

“We have taken time to revisit and challenge every aspect of the design philosophy and to review how best to draw on Bath’s amazing architectural heritage – in particular its World Heritage Outstanding Universal Values – and we look forward to submitting a planning application which we hope will be early in the new year.”

Focussing on sustainability and transport, Stadium for Bath say their proposals for the concealed under-pitch car park will not increase the number of parking spaces in the city, but maintain parking provision at current levels accounting for reductions at other sites such as Avon Street, with the benefit of reduced cross-city traffic from spaces located nearer to the eastern approaches.

The car park will include infrastructure to promote the opportunity for growth in electric car ownership for Bath residents by more than doubling the daytime city centre electric vehicle charging provision.

In addition, charge points will also be made available overnight for local residents such as those living in flats currently using on-street parking.

Stadium for Bath say they are also committed to providing extensive accessible spaces and provision for bicycles including shower and changing facilities for a dedicated cycling commuter club that will be launched when the stadium opens.

Stadium for Bath is expected to submit its Planning Application to Bath & North East Somerset Council early in the New Year.

Once submitted, members of the public will be able to comment directly to the Council on the application.