A widely-adopted rating designed to champion women in film has seen the FilmBath Festival shortlisted for a major award. 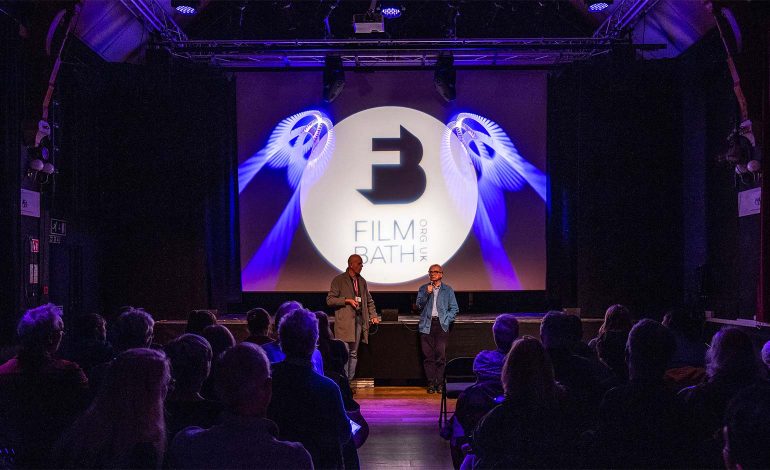 The festival’s F-Rating has seen it named as a finalist in the national Screen Awards 2019 in the Game Changer category.

Executive director Holly Tarquini said she was delighted to be shortlisted for the accolade ahead of this year’s festival, which runs from 7th – 17th November.

“Being shortlisted for the Screen Award Game Changer is like receiving a big thank you from the industry – I feel incredibly lucky and privileged to be able to do what I do and so grateful to Screen Daily for shortlisting the F-Rating,” she said.

“Back in 2014, horrified by the continuing lack of female directors of feature films (fewer than 5% of the top 100), I founded the F-Rating as a Fairtrade-like stamp to guide audiences to films written and/or directed by women.

“My plan was that we would use this in the FilmBath Festival brochure – I had no idea how popular it would become.

“The F-Rating is now used by over 80 cinemas and film festivals, from the Barbican and Raindance Film Festival to the Irish Film Institute and IMDb.

“I’ve had so much wonderful feedback about the rating from audience members and film exhibitors alike – such as: “If you want to help women directors get visibility, but have neither money nor time, this is the single most effective method to do it” – Art-film.

Of the F-Rating, Plymouth Arts Centre said: “Adopting the F-Rating has started so many conversations with customers.

“Whether people like it or question it, it creates some brilliant debates about representation in cinema – not just around gender but also around sexuality, race, politics and everything in between.

“We have had several customers who now come to every F-Rated film we screen – it has encouraged them to make the effort to see some films they would otherwise have skipped over in the programme.”

FilmBath Festival, which is now in its 29th year, stages an annual celebration of film in the city, as well as Q&As with top directors and workshops.

This year’s festival features 37 feature and 46 short films as well as industry events and awards taking place in seven venues around Bath.

59% of the films in the 2019 Film-Bath Festival programme are directed by women.

FilmBath will find out if it has won the Game Changer Award on Thursday 28th November.

Businesses reassured that support grants are on the way during lockdown