The Paragon School embraced a day of fundraising on Friday 18th October to support their chosen charity, the Forever Friends Appeal at the Royal United Hospital in Bath. 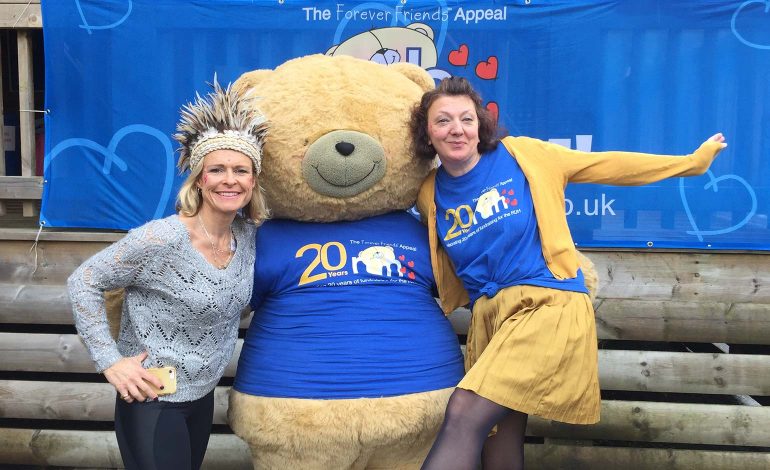 Embracing ‘Ted’s Big Day Out’ – a region-wide fundraising initiative by the RUH charity, each child brought in their favourite toy along with a donation.

Headmaster, Mr Andrew Harvey started the glitter ball turning at 8am to the tune of ABBA’s Dancing Queen and the school’s audition choir ‘Joyful Noise’ joined in, entertaining parents and children arriving at school with energetic moves on the balcony of the Music Lodge.

Classes took it in turn to join them during the day for a boogie and the RUH’s ‘Ted’ popped along at midday for a visit, demonstrating his dancing prowess which delighted the children. 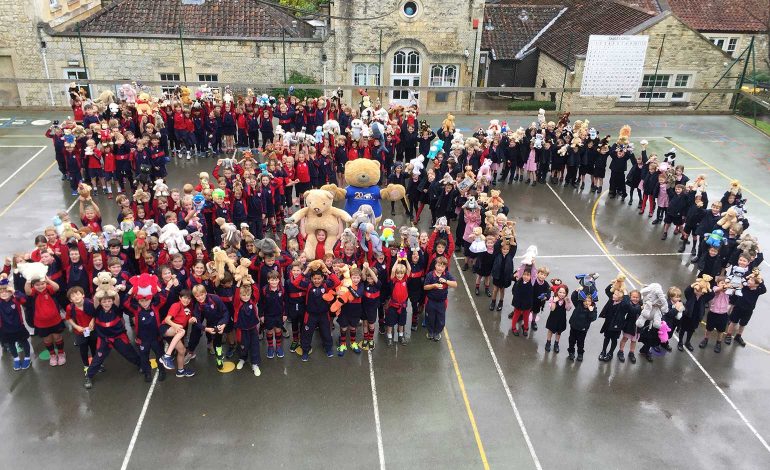 A conveniently planned PTA school disco got the pair through the early hours of the evening and they then danced through the small hours, encouraged by family, staff, friends and neighbours, as well as a dog called Pepper with a flashing collar.

Thanking all of their supporters, the disco divas said that the unconditional support that they received for the duration of the event, was “incredible”.

The pair reached their target of £2000 early on the Monday morning.

Further donations can be made to the fundraiser at: https://bit.ly/2Mmn4XW.